Benjamin L. Hooks and the Seminal Volunteer Ticket Campaign in 1959

In 1959, four black men made an unprecedented electoral effort in a courageous campaign that galvanized the civil rights struggle in Memphis and changed the city forever. They ran as a unity slate, called the Volunteer Ticket, seeking election to city offices. Martin Luther King, Jr. and civil rights activist Daisy Bates of Little Rock came to Memphis to rally for them, and the black community united under the slogan “This is a Crusade for Freedom.” The two youngest members of the ticket were Russell B. Sugarmon, Jr., 30, who ran for public works commissioner, and Benjamin L. Hooks, 34, who ran for juvenile court judge. Sugarmon and Hooks were both lawyers, NAACP members, and otherwise active and well-known in the black community. In addition, Hooks was a Baptist minister.

Two prominent ministers, Rev. Roy Love and Rev. Henry C. Bunton, ran for the school board. City elections were nonpartisan, yet the ticket brought together members of both political parties as Sugarmon was a Democrat and Hooks was a Republican. Unlike most other places in the South, African Americans in Memphis could vote, and they represented a third of voters in the city. Sugarmon and Hooks each faced more than five white opponents, meaning that if African Americans threw their vote behind them and the white vote was splintered, they could win. No African American had been in public office in Memphis since the late nineteenth century, and the city was nearly completely segregated despite the 1954 Brown v. Board of Education decision, which had declared the 1896 Plessy v. Ferguson “separate but equal” decision unconstitutional.

Unlike most scholarship on the 1959 election, which focuses on Sugarmon’s campaign, given he ran for the most prominent position and had the greatest chance of winning, this essay will focus on the candidacy of Dr. Hooks. He had previously been involved as campaign manager for J. E. Walker, a prominent black Memphian who had run unsuccessfully for the school board in 1951. Hooks himself had made an unsuccessful bid for the state legislature in 1954. Dr. Hooks also was heavily involved in voter registration efforts; black voter registration immensely rose during the decade. In 1959, he was motivated to run for the juvenile judge post because of its importance to the black community given the large number of black people involved in the juvenile court system. In his platform, he pledged to “[r]ender equal justice to all cases without regard to race, creed or economic conditions.”

As was the case with the public works commissioner race, there was a successful effort by the white community to get white candidates for the judge post to drop out of the race in an attempt to decrease Dr. Hook's chance of winning. Throughout the election season, Dr. Hooks and the other Volunteer Ticket candidates faced other opposition as well. At one point, Sugarmon, Dr. Hooks, and a campaign official were shot at while driving home. The Volunteer Ticket candidates also received death threats and harassing phone calls. Taxis, police cars, and fire trucks were sent to their homes on a regular basis. Yet, they persisted and stayed in their campaigns until the end.

Black men and women in Memphis intensely mobilized for the Volunteer Ticket. While men took the lead in running for office and holding campaign leadership positions, “women did everything but run,” in the words of civil rights activist Maxine Smith. Dr. Hooks later recalled the role of women: “They were involved, integral to the campaign. They were just as an important part of the campaign as the men.” He remembered that Smith, Hooks’ wife, Frances, Sugarmon’s wife, and other women “were an integral part of everything.” Black voter registration rose, and the office seekers spoke at campaign gatherings and rallies throughout the city. Hooks was the one who recruited Dr. King to speak at the largest rally for the Volunteer Ticket, the Freedom Rally, which attracted a crowd of approximately five thousand. Dr. Hooks had met Dr. King during the Montgomery bus boycott, when he had been invited to Montgomery to speak at public meetings.

On Election Day, a record number of Memphians turned out as African Americans mobilized to elect their candidates and whites mobilized against them. All of the Volunteer Ticket candidates placed second, but black votes did provide the balance of power for two white candidates who supported some civil rights measures to win public office. As Sugarmon said, “We won everything but the election.” He later explained, “It was a democratic activity. There were more people expressing themselves than ever. What we won was a politicized group who didn’t want to stop.”

Dr. Hooks later remarked in 2004, “The 1959 election changed Memphis forever. It was the most significant election we ever had in Memphis history. All the other great victories that came later followed it . . . . It awakened tremendously the black community in the city. It was a landmark year that made a significant difference and still resonates.” He said the election led to the election of African Americans Harold Ford, Sr. and Harold Ford, Jr to Congress and Willie Herenton as Memphis mayor in 1991.

Indeed, after the election, Sugarmon and others restructured the black Democratic club, the Shelby County Democratic Club, into a more powerful force. Its ward and precinct organization provided the structure for communication and mobilization of the direct-action movement that took off in Memphis after the sit-ins hit the city in March 1960 and led to desegregation of public and private facilities and better employment opportunities for African Americans. More black Memphians than ever before were appointed to political positions, including Dr. Hooks, who in 1961 became the first African American named as an assistant public defender in Memphis. He later directly attributed his appointment to black political activity. By 1964, black Memphians were winning public office. A year later, Dr. Hooks was appointed as a Shelby County criminal court judge by Governor Frank Clement, the highest judicial position ever attained by a black Tennessean. As Dr. Hooks later said, the 1959 election undeniably “set the groundwork for everything that followed.” 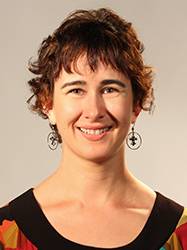