“How long, how long will the Negro citizens of Memphis have to wait to gain the rights which the Constitution of the United States grants them?” decried an impassioned Benjamin L. Hooks at a rally held in the aftermath of arrests of youth protestors during the Memphis sit-in campaign to end desegregation in the city’s public facilities. It was 1960, and a wave of protests initiated by African American students had exploded across the nation. That same enthusiasm and spirit to break the oppressive grip that Jim Crow held over their day-to-day lives engulfed Memphis youth who subsequently embarked on an 18-month campaign aptly called the “Freedom Movement.” The success of the campaign led to the desegregation of public facilities and accommodations throughout the city.1

However, it was through the earlier efforts of Dr. Hooks, his wife Frances, and other civil rights leaders in the 1950s that provided some of the first successes of Memphis’s modern Civil Rights Movement. Their work also paved the way for the youth activism that emerged in the city during the early 1960s.

Beginning in the mid-to-late 1950s a cadre of young African American professionals emerged and formed the core of the city’s black leadership. Their leadership set the agenda and defined the shape of the city’s early Civil Rights Movement. Not surprisingly, Dr. Hooks stood at the forefront of that leadership group. Because segregation restricted access to higher education at undergraduate, graduate, and professional levels at predominantly white institutions in the South, some of the brightest African Americans in search of educational opportunities were forced to attend schools elsewhere. Dr. Hooks was among those who were able to matriculate at some of
the best institutions in country. Tennessee, for example, a state committed to educating black and white students separately, provided tuition for black students to attend out of state institutions.2

A veteran of World War II, Dr. Hooks had ambitions to attend the University of Tennessee Law School. However, he eventually attended DePaul Law School in Chicago. Armed with a degree from a top tier university, the native Memphian who had been forced to leave the state to pursue opportunities elsewhere because of segregation returned home to fight against that very discriminatory institution. Dr. Hooks and Frances did not return to fight alone. Civil rights activists Vasco and Maxine Smith and Russell and Miriam Sugarmon were among those who returned to Memphis on the heels of the 1954 Brown v. Board of Education decision, which outlawed the practice that had sent many of them away. Paradoxically it was education – the denial of access to it at white colleges and universities in the South, and the chance to pursue it at elite institutions in the North – that helped to create the coalition that eventually generated the first cracks in segregation in the city in the post-Brown era. They all viewed their return to Tennessee not simply as a homecoming, or a chance to reunite with family and friends, but as their larger responsibility to the African American community of Memphis.3

Upon their return, Dr. Hooks and Frances, along with Vasco and Maxine Smith, became principally involved in the resurgence of the local branch of the NAACP. After the branch successfully spearheaded the desegregation of Memphis State University (now the University of Memphis), the coalition turned its attention to the political arena. In 1959, Dr. Hooks, Sugarmon, Henry Bunton, and Roy Love ran for local office on the all-black “Volunteer Ticket,” with Hooks vying for the office of juvenile court judge.

The campaign electrified the city, particularly since it was the first effort by any African American to run for office in the city since Reconstruction. Martin Luther King, Jr., who was quickly cementing his place as the national face of the Civil Rights Movement, made his first appearance in Memphis in that capacity in support of the
campaign. Threatened by the ticket, and fearful that the number of white candidates in the race would split the ticket and thus secure a victory for the Volunteer Ticket, white Memphians coalesced around the slogan “Keep Memphis White.” A strong black voter turnout and support from the local and national civil rights community could not overcome white resistance to the campaign and the Volunteer Ticket lost.

Though they failed to win the campaign, their movement was successful in that it captivated the African American community and integrated Memphis into the larger, national struggle for civil rights. It was also the first political campaign of Dr. Hooks’ long and storied career as an activist, organizer, adjudicator, and politician. Through his efforts in the mid-to-late 1950s and capped by his run for juvenile judge in 1959, the early activism of Dr. and Frances Hooks, and their cohorts laid the foundation for the civil rights victories of the 1960s and the black youth activism that played a critical role in bringing about the legal desegregation of public facilities in Memphis, Tennessee.4 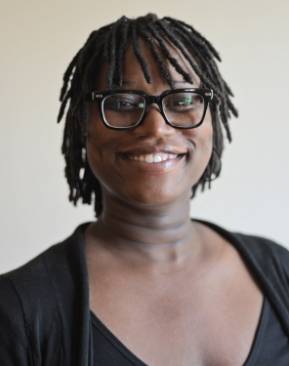 Shirletta Kinchen, professor of Pan African Studies at the University of Louisville, is author of “Black Power in the Bluff City: African American Youth and Student
Activism in Memphis, 1965-1975”