The aim of salvage epigraphy is to record the most seriously endangered reliefs first. This has already proved to be a timely intervention as some inscriptions recorded in 2000 are now severely damaged or destroyed.

In 1999 and 2000, we focused on the battle scenes along the bottom of the south exterior wall which showed rapid deterioration from salt damage despite conservation treatments by the Centre Franco-Égyptien in 1998 and 1999.

Provisional drawings of the wall reliefs inside the Hall were made in the 1940s by Harold Nelson, then director of the Epigraphic Survey. Published in 1981 by William J. Murnane, Nelson's drawings were never meant to stand as a permanent record of these important reliefs and inscriptions

Until recently, no further work has been done on the wall reliefs. Since Nelson's day, damage to the wall reliefs has accelerated rapidly. The Hypostyle Hall Project recognized the urgent need for "salvage epigraphy" to record reliefs and inscriptions that are most in danger from groundwater and salt damage. A new program of salvage epigraphy was begun by the project in 2000 and continued in 2001-2002.

In 2001, our salvage epigraphy team began to record damaged reliefs along the bottom of the west interior wall in the southern part of the Hypostyle Hall, which is the same as the east wall of the south tower of the Second Pylon. These reliefs had begun to decay rapidly in the late 1990s and most of them were recorded in 2001.

During the 2002 season, our artist Lyla Pinch Brock continued the process of recording these endangered scenes on the west wall and also others that are beginning to decay on the south wall and another scene near the north-east gateway of the Hypostyle Hall. 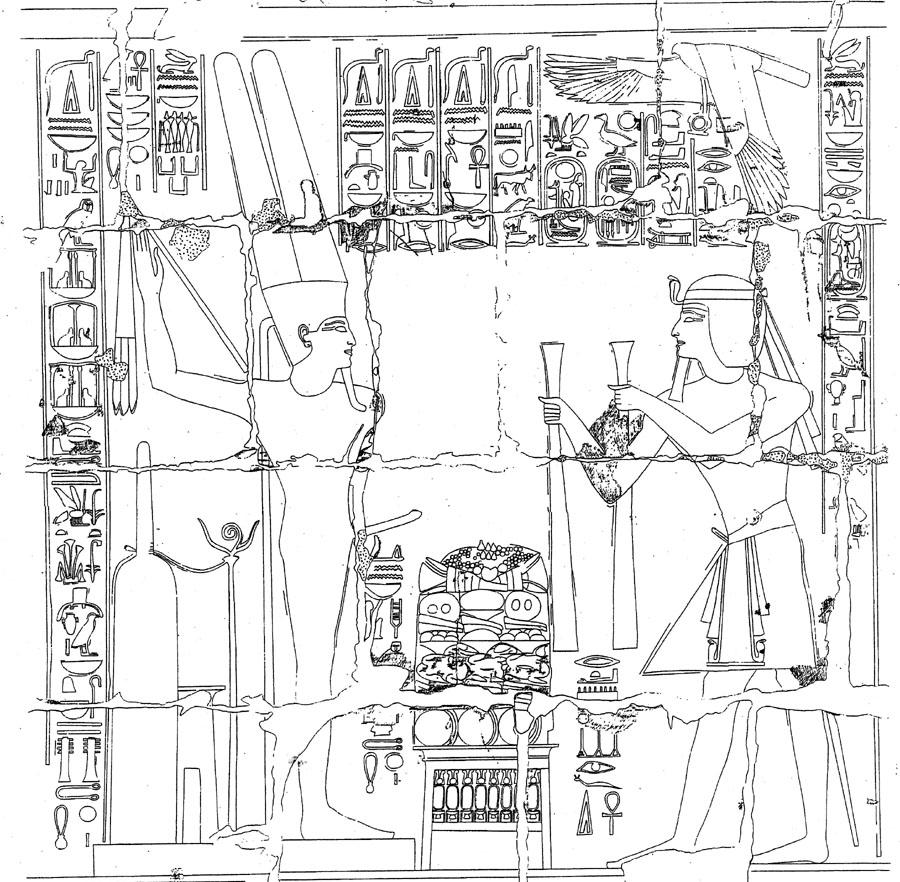