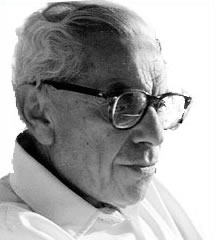 As part of its Centennial Celebration, the University of Memphis will embark on the most ambitious comprehensive campaign in its history. Named Empowering the Dream, this campaign will raise $250 million and provide an opportunity for the University to complete its transformation to a major metropolitan research university while emphasizing its mission of educational excellence and increasing its role in cutting-edge research.

Retaining and recruiting top faculty is a key University priority. Through professorships, faculty can be recognized and rewarded for their hard work. Recruitment efforts are also enhanced by the level of faculty development opportunities that exist within the departments. Professorships will not only play a key role in the retention and recruitment of faculty but also in the enhancement of graduate student development. Faculty work closely with students on various research projects and more funding translates to more opportunities given to graduate level students.

The Paul Erdös Professorship in Mathematics will provide a prestigious award to the faculty who deserve recognition and honors. The award is named after a legendary mathematician who often visited the University of Memphis and collaborated with a number of our faculty. He is world-renown for his genius and productivity, both traits to be admired and rewarded in the mathematical sciences. More about Paul Erdös:

Paul Erdös (26 March 1913 – 20 September 1996) was a Hungarian mathematician who published more papers than any other mathematician in history. He worked on problems in combinatorics, graph theory, number theory, classical analysis, approximation theory, set theory and probability theory. He collaborated with many other mathematicians, including several at the University of Memphis: Bela Bollabas, Cecil Rousseau, Richard Schelp and Ralph Faudree.

Paul Erdös brought distinction to the mathematics department at the University and his influence continues to make its mark on the department. Faculty in the Department of Mathematical Sciences have been recruited from around the world and current faculty continue to excel at teaching and education. Support the Paul Erdös Professorship in Mathematics

The Paul Erdös Professorship in Mathematics will be the most prestigious departmental faculty award on campus. With an endowment goal of $300,000, the award will be approximately $15,000 per year. The professorship will be awarded when the endowment reaches $100,000, which will likely be in academic year 2013-2014 thanks to several alumni, current and retired faculty who have already given very generously to this effort.

You can learn more about Paul Erdös at Wikipedia.org