These hazard maps include the effects of local geology in a general sense. Please keep in mind that these maps are not site-specific maps and that they are not building code maps. They are not meant to be used as part of the building code process nor are they meant to substitute for a site-specific study, if needed at a specific location. They are meant to be used as guidance for conducting site-specific studies and to give the user community insight into what might be more realistically expected as to shaking and liquefaction hazard from earthquakes in the central US. 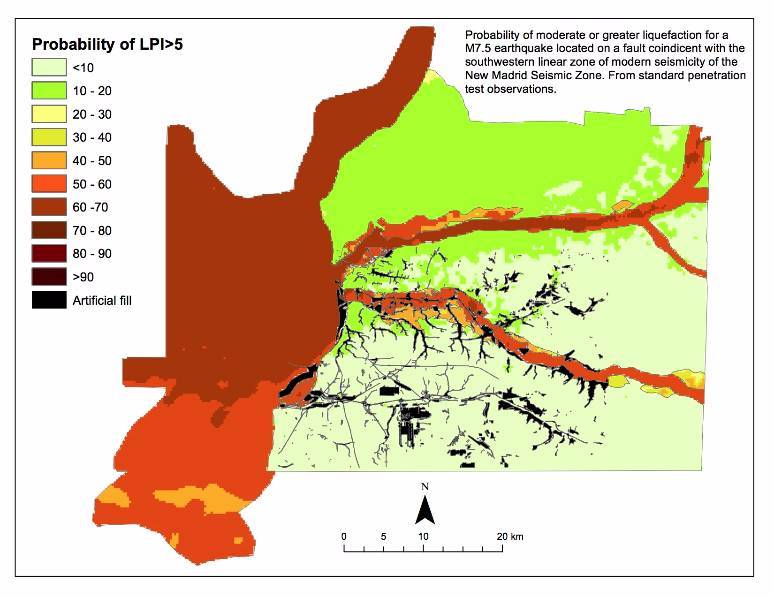 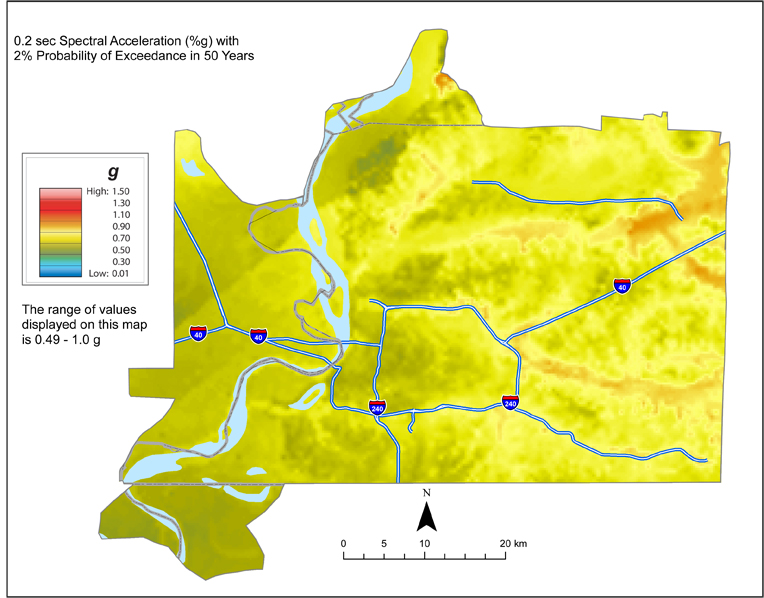