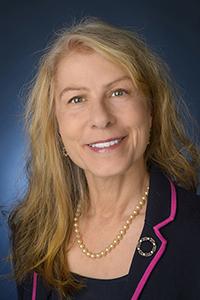 A.B., The College of William and Mary
M.A., The Pennsylvania State University

Professor Holladay's new book, Brides in the Sky: Stories and a Novella, will be published in 2019 by Ohio UP / Swallow Press. Her seven previous volumes of fiction include Horse People: Stories (LSU), The Deer in the Mirror (Ohio State UP), A Fight in the Doctor's Office (Miami UP), Mercury (Shaye Areheart Books / Crown), The Quick Change Artist: Stories (Ohio UP / Swallow Press), The Palace of Wasted Footsteps (U Missouri P), and The People Down South (U Illinois P). Her awards include an O. Henry Prize and a Literature Fellowship from the National Endowment for the Arts.

She has published about 90 stories and essays in journals and anthologies, including Alaska Quarterly Review, Ecotone, Epoch, Five Points, The Georgia Review, Glimmer Train, The Hudson Review, Oxford American, Prairie Schooner, Shenandoah, Sewanee Review, The Southern Review, Tin House, and many others. A native of Virginia, she is a full Professor at the University of Memphis, where she has taught since 2002.