About the Reliefs and Inscriptions

Not only is the Great Hypostyle Hall the grandest of such halls (at Karnak and throughout all of Egypt), it is also the most richly decorated. Pharaohs Sety I, Ramesses II, and their successors commanded their artisans to cover its walls and columns with hundreds of religious scenes, literally acres of relief carvings, including scenes of historical and religious significance along with accompanying hieroglyphic caption texts. This ritual art represents a sample of the sacred activities that Pharaoh and Amun’s priests enacted within the temple, from the daily sacrifices to its main god Amun-Re to yearly festivals during which Amun left Karnak and visited other temples in ancient Thebes. In other scenes, Pharaoh appears before the gods to receive their approbation of his earthly dominion over Egypt. They crown him with various diadems, invest him with scepters and other insignia of rule, and even pour water over him in a kind of pharaonic baptism. 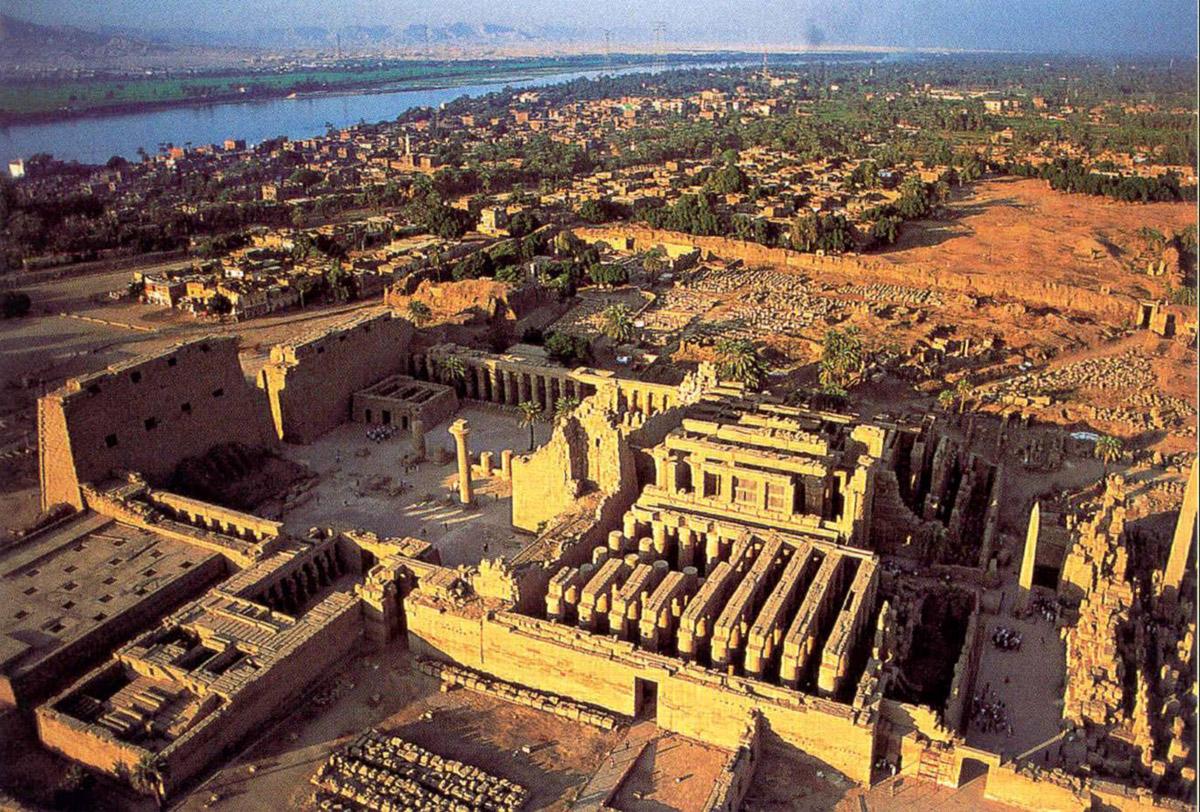 Aerial view of the Great Hypostyle Hall at Karnak.

Every space on the columns, the base of the walls, the gateways, and all exposed surfaces of the architraves and clerestory roof are covered with hundreds of additional decorations, including long dedicatory texts, stereotyped friezes of royal titles, and heraldic devices. Many of these inscriptions are highly repetitive and stereotyped, particularly the endless royal cartouches and strings of kingly titles that Ramesses II and especially Ramesses IV added to the columns.

Outside, on the building’s northern and southern exterior walls, panoramic battle scenes sculpted in bold sunk relief immortalize the wars of Sety I and Ramesses II in ancient Syria, Canaan, Lebanon, and Libya. Intended to glorify the king’s role in warfare and to symbolize the triumph of the forces of order over chaos, these scenes portray Pharaoh as a larger-than-life superhero singlehandedly defeating his foreign enemies. After his inevitable triumph over the foe, the king presents the spoils of victory and prisoners of war to Amun-Re . Although highly bombastic, such monumental propaganda constitutes vital evidence for Egypt’s foreign relations in the 13th Century BCE, especially in the years prior to Ramesses II’s peace treaty with the Hittite Empire.

Relief of Sety I's Libyan war from the northern exterior wall of the Hypostyle Hall.