Modern visitors are easily overwhelmed by the confusing jumble of religious scenes on the walls and columns of the Hypostyle Hall. They seem to have little observable relationship to each other except the repetitive appearance of Pharaoh before the gods. Even for Egyptologists, these sequences too often appear random. Smaller groups can be read together as a narrative, but the larger “order of service” of these rites across whole walls or the entire building often still eludes us. Nevertheless, we can discern larger themes in the decoration including: festival celebrations; the daily cult ritual enacted on behalf of the god in his shrine; and themes centering on rites of pharaonic kingship.

Even when there is no clear relationship between one episode and the next, nearly all of them share a common iconographic structure or pattern of activity. Most can be classified based on what the king is doing on behalf of the gods, or vice versa. A few distinct categories form the bulk of what we see according to the ritual event and while details vary widely, most scenes fall into a limited range of basic themes in which Pharaoh does one of the following: 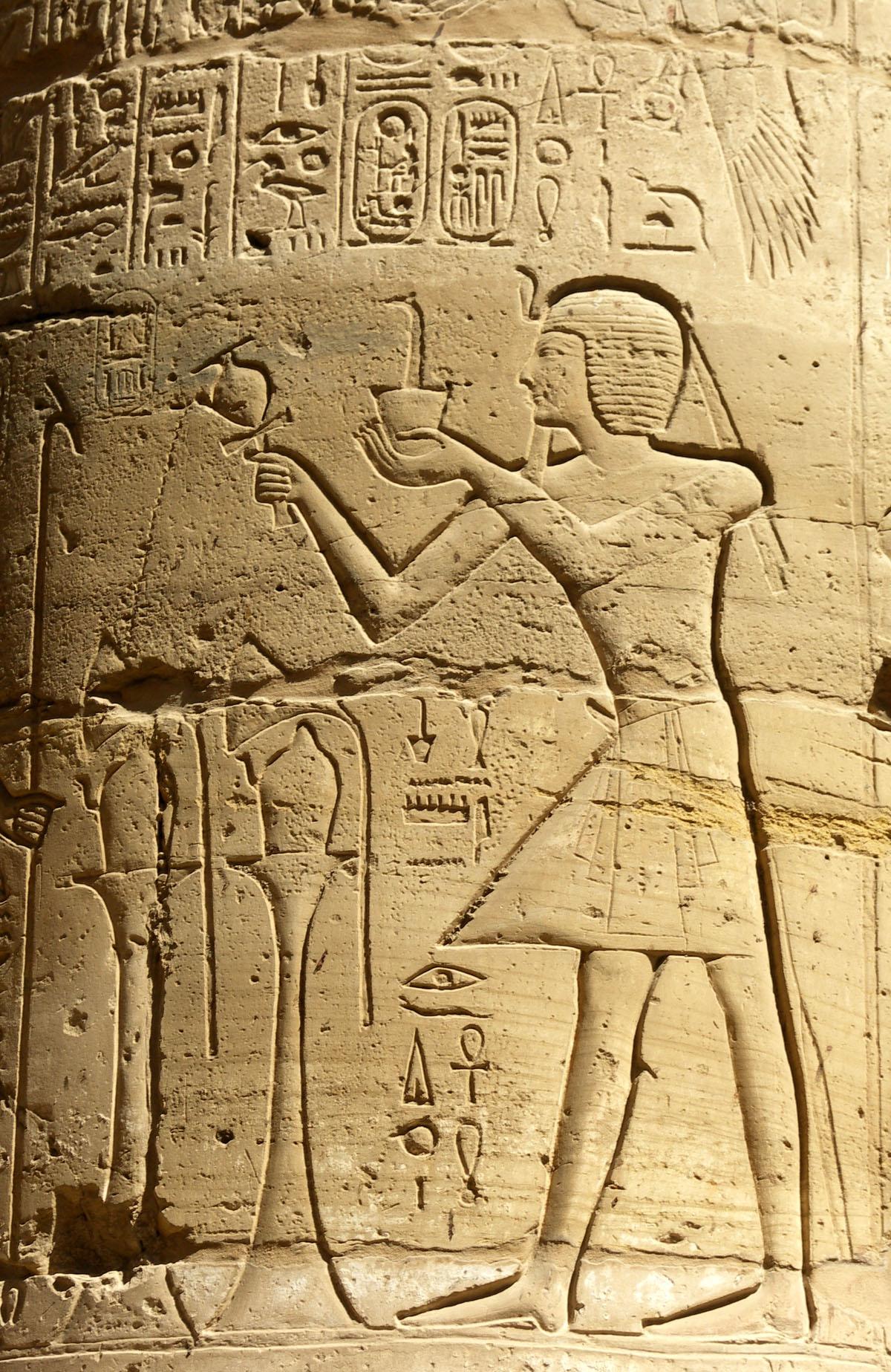 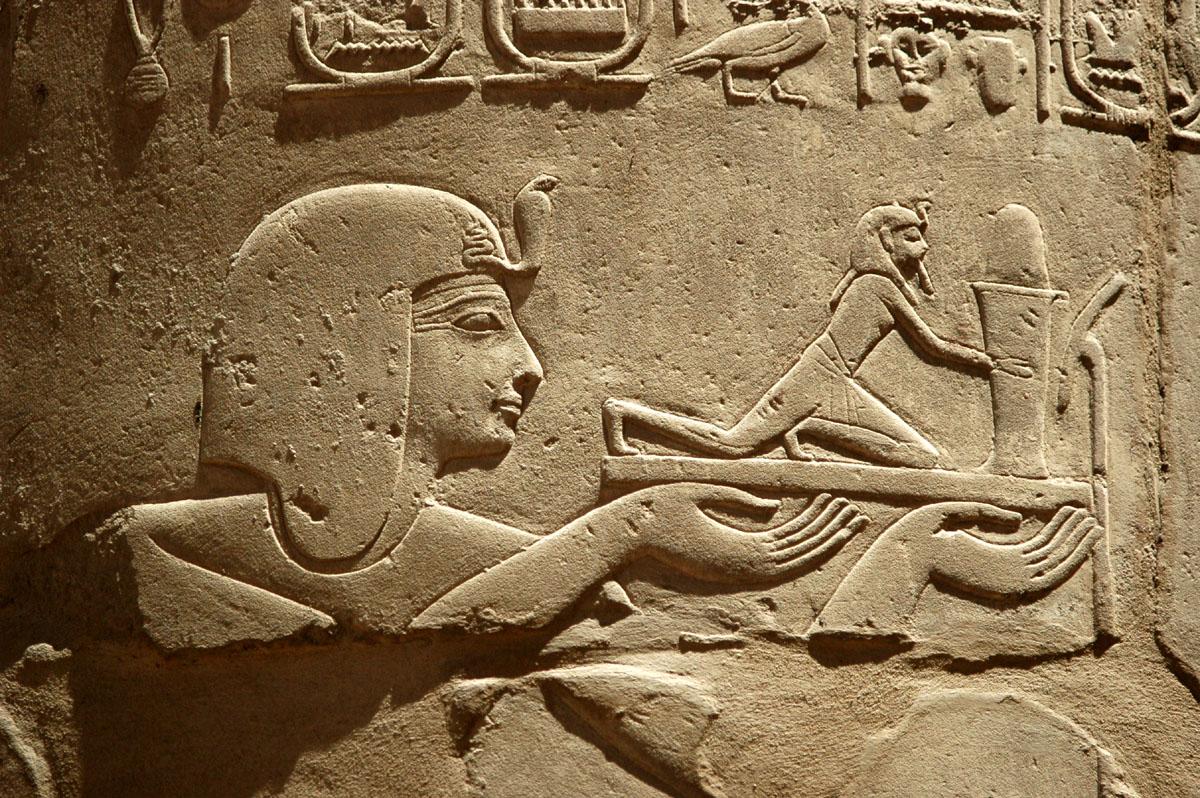 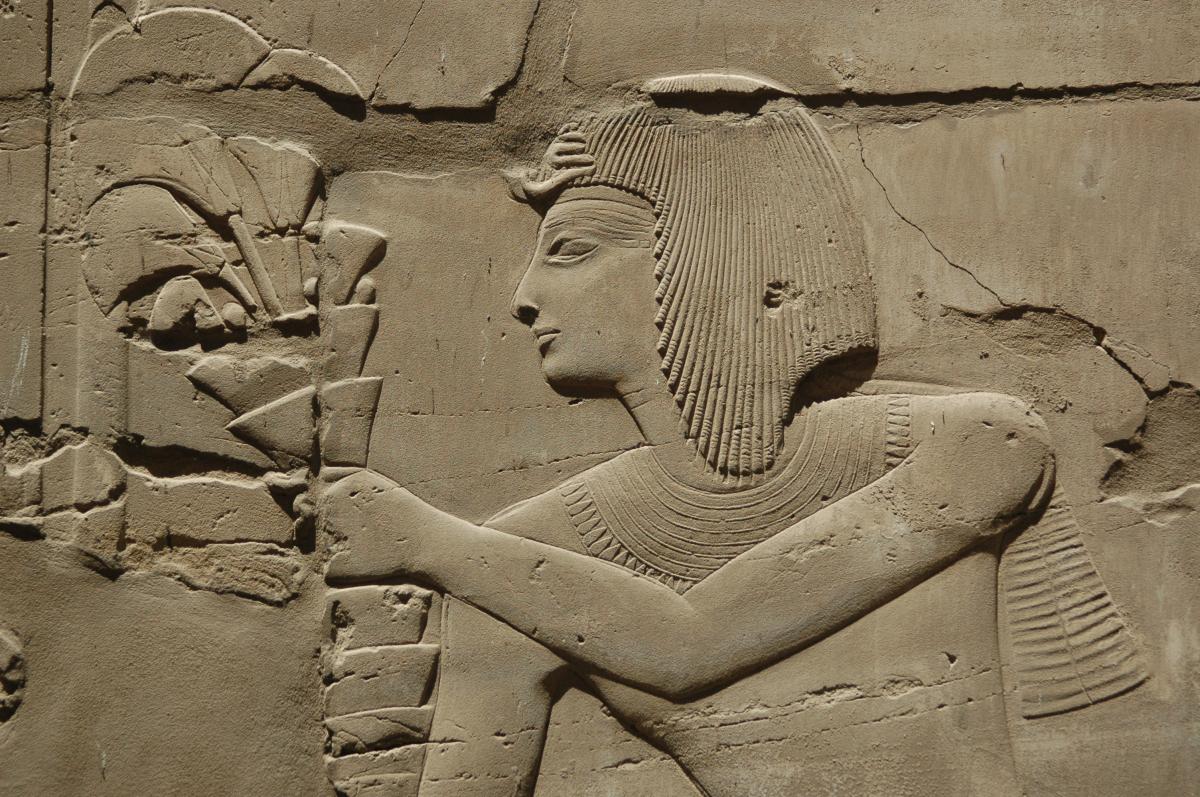 While there are literally dozens of other categories of ritual scenes, including the foundation rites or special acts connected to festivals or the daily service on behalf of the god’s cult image, the largest percentage will belong to the groups listed above. Yet within these relatively few categories, there will be endless variety in the mix of gods, royal costumes, hieroglyphic texts, offerings, and ritual paraphernalia.

Scenes related to festivals, both real and idealized, also bulk large in temple wall art. Processional scenes involving sacred barks of the Theban Triad tend to be the most elaborate of these, as Pharaoh escorts the bark of Amun and its cortège of bearer-priests while those of Mut and Khonsu follow behind, or as he makes various offerings to the barks once they are installed in the temple’s holy of holies. Other rites seem to be of a celebratory nature, but texts accompanying them do not refer to any specific festival like Opet or the Valley Feast as with the bark procession scenes. This collection of miscellaneous acts includes: 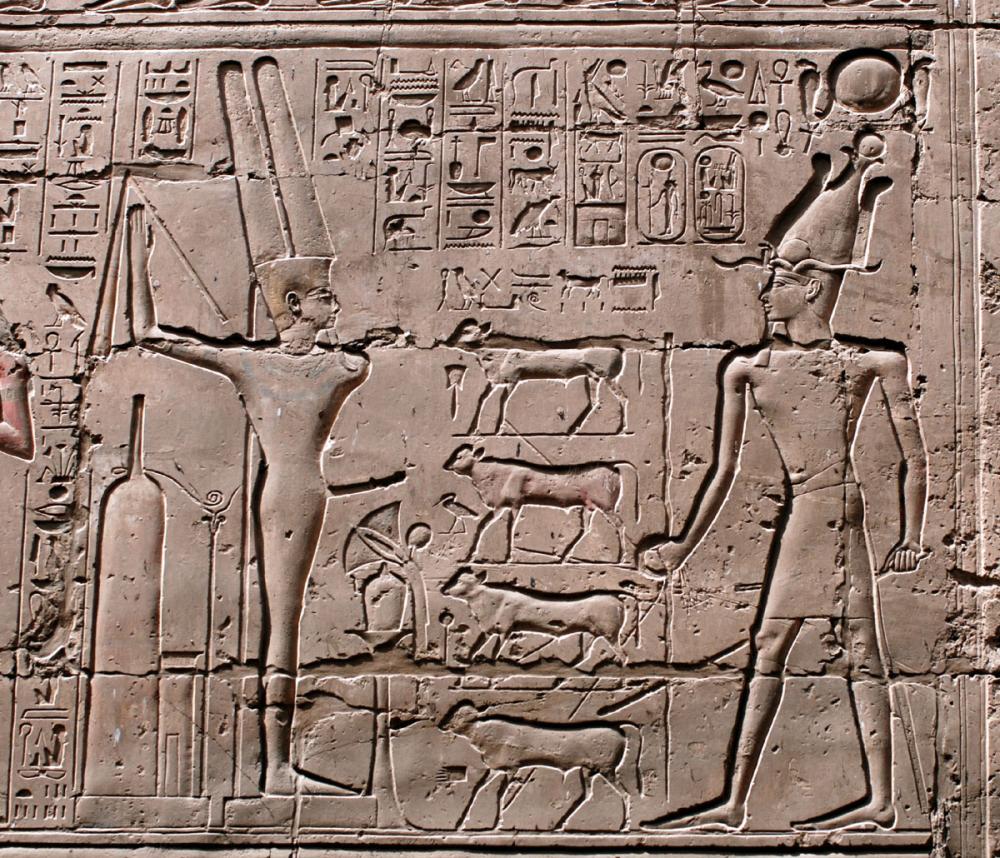 Egyptian temple worship was based on the idea of a mutually beneficial relationship between humanity and the gods. Pharaoh was the ultimate intermediary with one foot in the divine realm and another in the human world. Just as he built temples and performed ritual acts for their “care and feeding,” the gods in turn could do good turns for his benefit. These divine benefactions on behalf of the king are symbolized by a class of scenes intermixed with the rest. In all of these, the gods are the actors and Pharaoh is the recipient of their blessings: 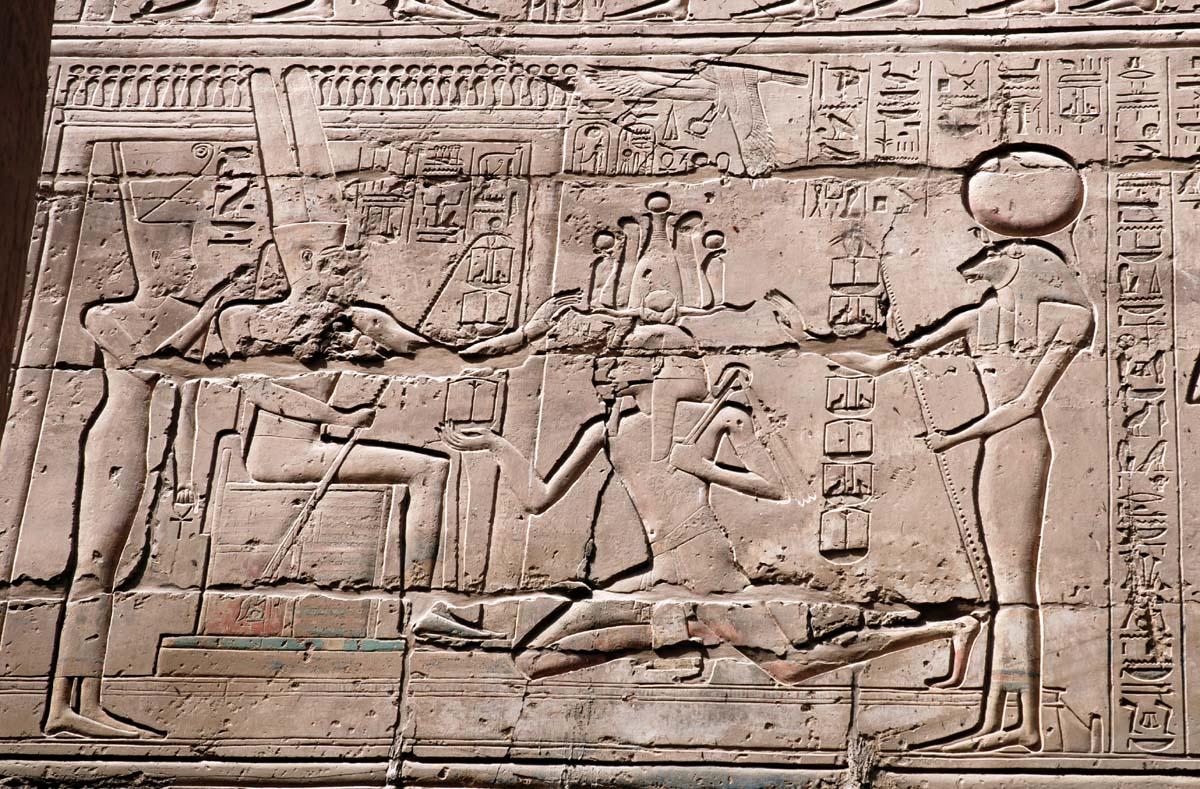 Most of these rites can appear separately or be combined together, as shown on the east wing of the south wall where Ramesses II kneels to receive years and jubilees from Amun-Re, Mut, and Khonsu while Thoth inscribes his name on the Ished-tree.