Ritual Scenes and Their Sequence

Inside the Hypostyle Hall, religious themes prevail, with pictorial scenes showing Pharaoh in the company of Egypt’s gods. A seemingly endless progression of religious scenes unfolds on every wall, column, and gateway, each depicting the king performing some ritual act in the presence of one or more gods. Dense columns of hieroglyphic texts crowd the space above the figures’ heads and sometimes between one figure and another. But what do all these images mean? Do they form some continuous narrative or tell a story?

On every wall, ritual scenes unfold at several levels, called registers, stacked one atop the other. Most walls have four or five registers of individual scenes that are contained within their own “cell,” like a comic strip. Altogether, each wall gives the appearance of a mosaic or collage of distinct cells, but are they really like a giant comic book or graphic novel etched in stone? 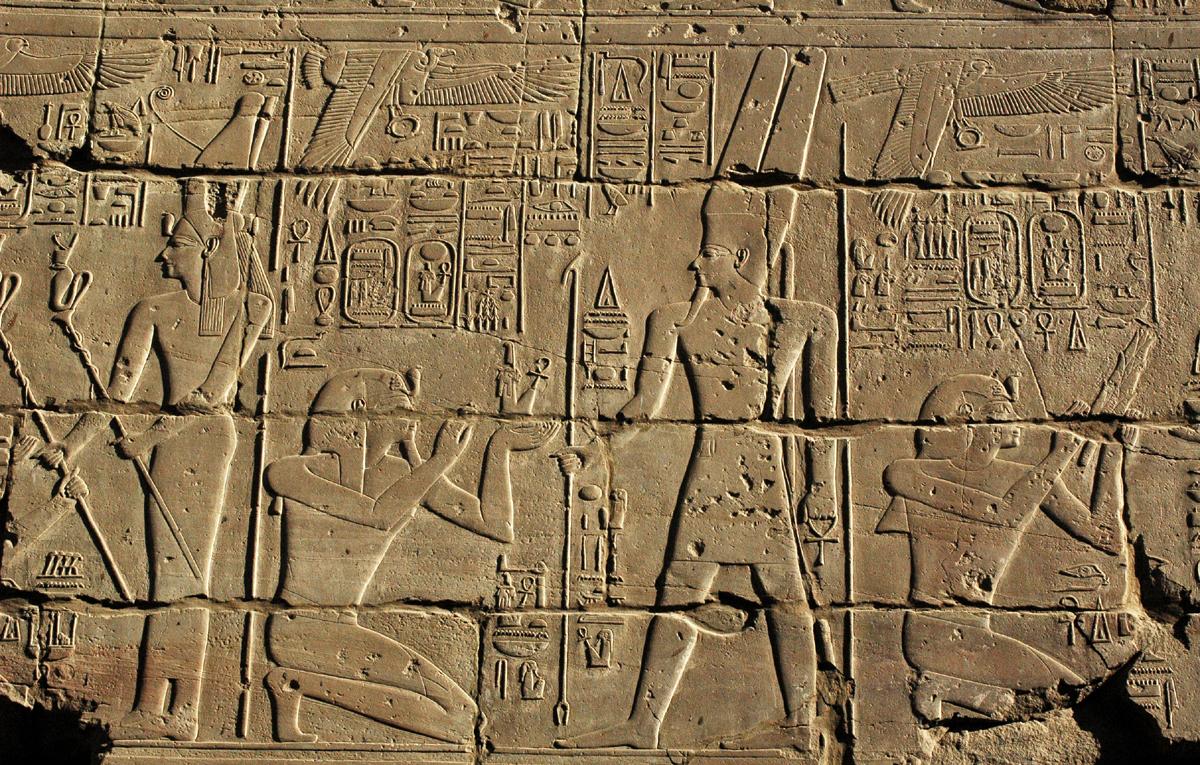 Raised relief of Sety I offering maat to Amun-Re.

Every scene depicts a complete ritual event and stands by itself as a complete sacred act. A collection of scenes on a whole wall, or even in a single register, do not necessarily form a continuous narrative, yet smaller groups of episodes may link a sequence of closely related cultic acts to describe a larger ceremony.

Visual clues underline the apparent individuality of the scenes. Not only does Pharaoh accomplish different sacred tasks from one episode to the next, he changes his physical appearance as well by donning different crowns and costumes. The gods he worships and their appearance also varies from scene to scene. Such inconsistencies in the actors and their physical description need not indicate that smaller groups of scenes do not link together to form a broader narrative.

We can read brief sequences of events narratively from one scene to the next, as with the king’s journey from his palace to Amun’s temple in a cluster from the south wall. Here, Ramesses II departs from the palace where he meets the god Khnum, who purifies him with water. Next, he is led hand in hand by the gods Atum and Monthu into the temple, where he kneels in Amun’s shrine and receives his blessing while the god Thoth and goddess Seshet present him with palm fronds and hieroglyphic characters symbolizing a long reign of many years and countless jubilee festivals.