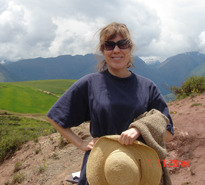 Allison Graham's research and teaching focus upon American culture, media, and politics (in particular, the evolving history and representation of the American South and the Civil Rights Movement). Along with national awards for her film production work with colleagues David Appleby and Steve Ross (an Emmy nomination, among others), she has received a Leverhulme Trust Fellowship from the U.K. that led to a Visiting Professorship at the School of American and Canadian Studies at the University of Nottingham (where she holds an honorary appointment as Special Professor of American Film). Dr. Graham has delivered film and lecture presentations in forums as diverse as the Barbican Centre in London; C-SPAN Network; and cinemas and universities throughout the U.S., England, Northern Ireland, Sweden, and South Africa. In addition to her research, she has developed civil rights tours of the Mississippi Delta for academic organizations and visiting scholars, has involved students in on-site research in post-Katrina New Orleans, and has organized annual study abroad tours for the University Honors Program (Ireland and Northern Ireland, Peru).

"Hollywood Activism, Daytime Verité, and the March on Washington." Bulletin of the German Historical Institute 56 (2015).

"Red Necks, White Sheets, and Blue States: The Persistence of Regionalism in the Politics of Hollywood." The Myth of Southern Exceptionalism. M. Lassiter and J. Crespino, Eds. New York: Oxford, 2009.

"The South in Popular Culture." A Companion to the Literature and Culture of the American South. R. Gray and O. Robinson, Eds. Oxford: Blackwell, 2003.

"Spectacles of the Simpson Year." Teleparody: Predicting/Preventing the Television Criticism of the Future. A. Hague and D. Lavery, Eds. New York: Columbia University and Wallflower Press, 2002.

"'The Loveliest and Purest of God's Creatures': The Three Faces of Eve and the Crisis of Southern Womanhood." Classic Hollywood/Classic Whiteness. D. Bernardi, Ed. Minneapolis: University of Minnesota, 2001.

"Are You Now or Have You Ever Been? Conspiracy Theory and The X-Files." Deny All Knowledge: Reading 'The X-Files.' A. Hague, D. Lavery, and M. Cartwright, Eds. Syracuse: Syracuse University, 1996.

"Journey to the Center of the Fifties: The Cult of Banality." The Cult Film Experience: Beyond All Reason. J.P. Telotte, Ed. Austin: University of Texas, 1991.