On June 28th, MSHC wrapped up its first ever Aphasia Boot Camp, an intensive month-long language-based program that empowered stroke survivors to maximize their communication potential and enhance life participation through individual and group therapy. 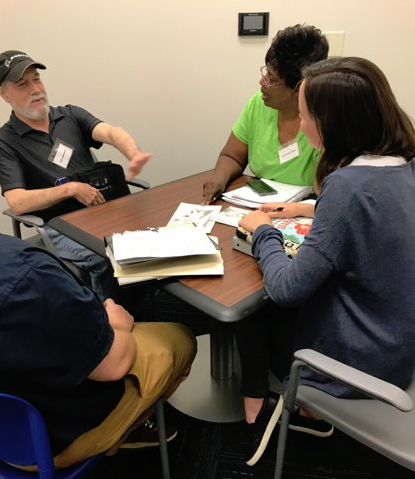 "This was a brand-new program, so we had to create it from ground zero," Kelli Owens, CSD alum and co-director of the camp said.

Prior to becoming a speech-language pathologist, Owens' husband experienced a ruptured brain aneurysm. "Before the event, I had never heard of the word aphasia, and after it seemed as though my life revolved around aphasia therapy," she said.

Tawni Ballinger, a friend of Owens and CSD graduate, recommended an intensive aphasia program in Florida, which resulted in the greatest improvement Owens had seen yet in her husband's speech. In the spring of 2018, five years after Owens became an SLP herself, the University of Memphis put a call out to SLPs to present a proposal of their dreams, and Ballinger and Owens saw that as their chance to start their own intensive program.

"This was the impetus we needed to try to bring a program of this type to Memphis," Owens said
The program ran five mornings a week for four weeks. The day began with group sessions beginning with a brief discussion about topics like neuroplasticity and aphasia therapy approaches, followed by light exercise. Attendees went to individual and small group sessions, and wrapped up the day as a big group. Each week had a broad theme, like "getting to know each other" and "out and about."

"The themes gave students ideas for therapy activities," MSHC clinic supervisor Marilyn Wark said. She noted that many of the 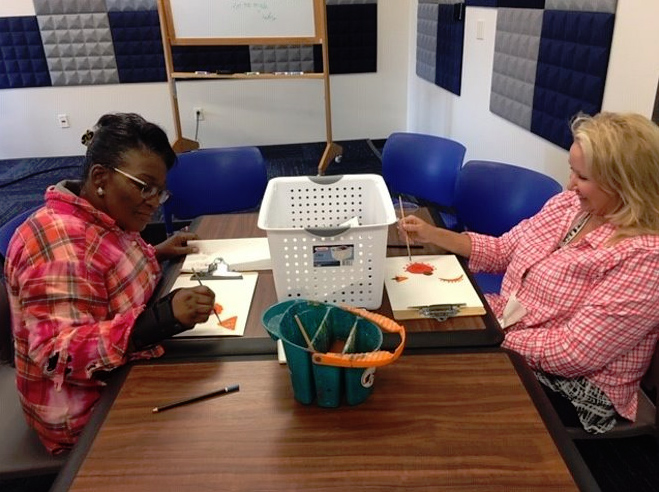 students were hesitant at the outset of camp since many had not yet had any adult clients, but those feelings quickly evolved into confidence.

"One woman wrote that her clinicians were handpicked to meet her needs and her personality," Wark said. "That's what she assumed because it was such a perfect match. So I really saw a confidence build in all of them. Students' clinical skills just went through the roof! They got to see a lot of improvement and they had a big impact on that improvement."

"We saw graduate students rise to the challenge of creating therapy activities to work on the goals, incorporating their interests," Owens added. "It was a wonderful thing to behold."

Graduate clinician Payton Powers felt privileged by the trust the program attendees put in him. "When people lose their voice to aphasia, the first things they want to talk about are the big moments in their lives. It was wonderful really getting to see the perseverance and fortitude of each person as they tackled therapy head-on every day."
This perseverance and fortitude allowed the attendees to make progress that will last far beyond the final day of camp.

"One client had almost no language at the beginning and began to talk more and more throughout the camp," Owens said. 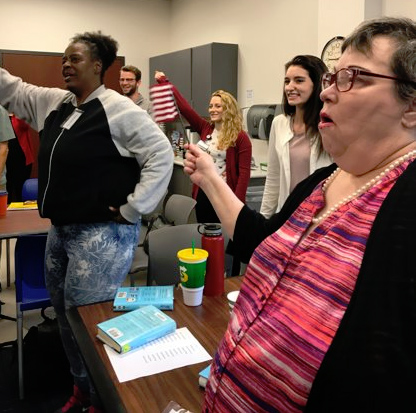 The sense of community the camp provided offered a safe space for attendees to push themselves and expand their language skills.

"You really noticed the camaraderie during the large group activities," said student clinician Iman Qadir. "It was great to see them encourage each other to participate and share their stories."

"I think they all had this sense that it was okay to take risks and they just built on each others' success," Wark said, adding that two clients even exchanged phone numbers so they could talk to each other on the phone during the week and drive to support groups together.

"It was hard work," Wark said. "They were tired, but attendance was perfect. They were all ready to jump in and it really paid off."