Starting out in college can be scary even under the best of circumstances—new people, new professors, and new course material make college a particularly daunting phase in education. But when other students go out of their way to make starting out at college even more intimidating, things can begin to escalate much too quickly. While instances of hazing have always occurred, dating back to the earliest days of college history, in recent years hazing tactics seem to have become more violent, aggressive, and sometimes, deadly. While hazing tends to be most common among members of the Greek system, or those on an athletic team, hazing can and does occur to a wide variety of new students. And while some hazing can seem friendly and harmless, some hazing tactics can be terrifying. Even though many colleges have begun to enforce strict anti-hazing rules, huge numbers of students still report either witnessing, partaking in, or being the victim of a variety of hazing rituals. Among extreme cases of hazing, the effects can range from psychologically damaging to physically harmful. The following infographic takes a look at some of the stats and facts around hazing, as well as some of the surprising details on just how dangerous it can be. 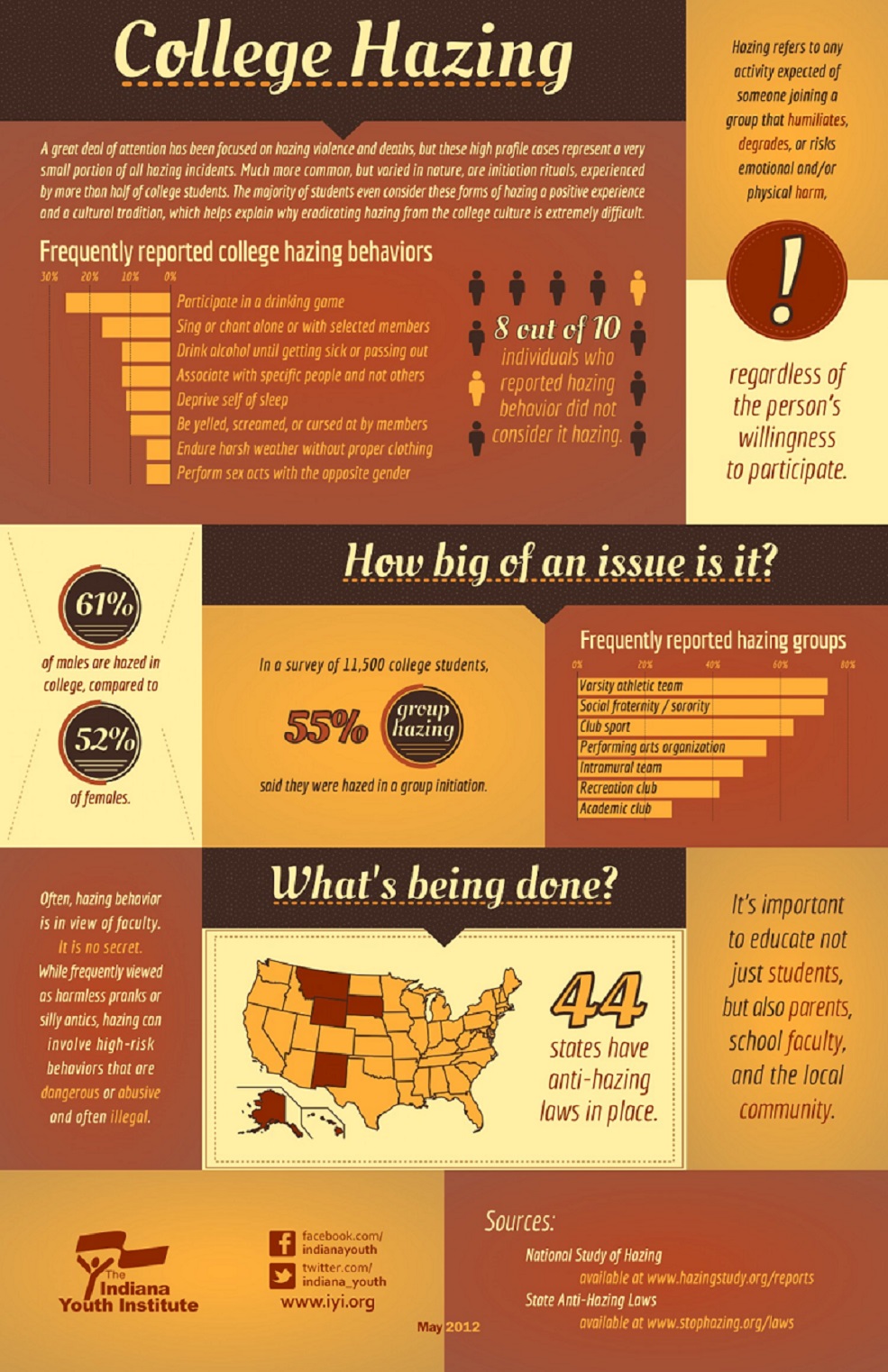