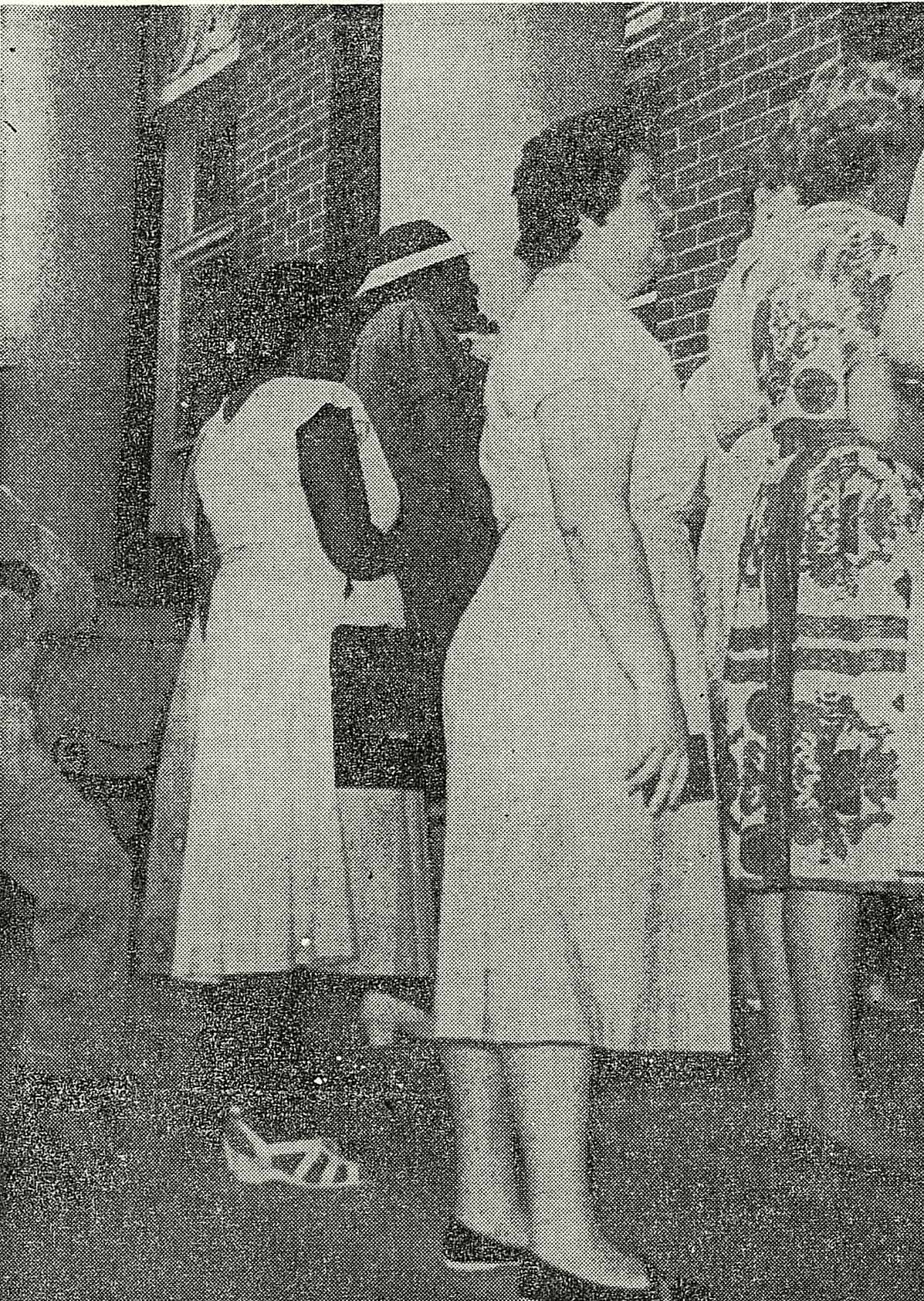 In 1960,women lined up to vote in the primary at the Haywood County Courthouse. However, old habits of segregated society are still visible in the separate lines arranged by race.
Source: The Commercial Appeal, August 5, 1960, Special Collections, University of Memphis Libraries.

With Plessy v. Ferguson (1896), separate but equal accommodations were ruled constitutionally permissible by the Supreme Court. However, even before the Supreme Court ruled in that case, Black and white communities adhered to strict rules for interaction. Using intimidation, even to the point of lynching, some whites worked to keep blacks submissive. These social rules were ingrained into southern culture. Demonstrations, marches, and sit-ins were held throughout Fayette County to demand that African Americans in Fayette County be provided equal accommodations in all public places and local businesses. These attempts were met with resistance and even violence.