By 1964, approximately equal numbers of Black and white residents were registered to vote in Fayette County—3500 black voters and 3500 white voters. Of the 15 voting districts in the county, 11 were majority black.

Now registered to vote, the African Americans needed to learn about, support, and vote for the leaders who would enable social change.

In Charles Haynie's memoir, A Memoir of the New Left, he noted that "a few whites took the side of the blacks" (52). L.T. Redfearn, a white landowner, supported the political and social platforms being advanced by movement activists and ran for county sheriff in 1964. Although he lost the election, he gained the support of many black voters. 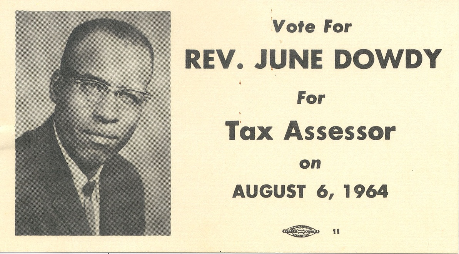 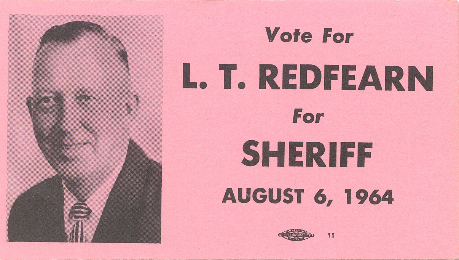 Reverend June Dowdy, a black citizen of Fayette County, ran for tax assessor in 1964. He lost the election, which was contested by poll watchers who reported voting irregularities. Despite the increase in voter registration, the black community was unable to elect to office either of their politicians. Black activists in the West Tennessee Voters Project (founded by white activists) challenged the validity of the election. Irregularities included poll watchers who were not to allowed to monitor the election; a last-minute change in the order in which candidates' names appeared on the ballot (many African Americans, because they were illiterate, had to memorize the order of the placement of the names on the ballot); and poll watchers observed irregularities in the performance of their electoral duties by the poll officials.

Fayette County's Black population had won the right to vote, but it had not yet gained a full voice in the governance of the county. African Americans continued to fight for representation in government. Two years later, Fayette County elected its first Black magistrate to its governing board.

White storeowners, Sara Lemmons and her husband, O.M., owned a dry cleaners in nearby Stanton (Haywood County). They refused to participate in the boycott against black registered voters and here, in her own words, is her story. Source, Special Collections, Operation Freedom recorded interview, c. 1964.