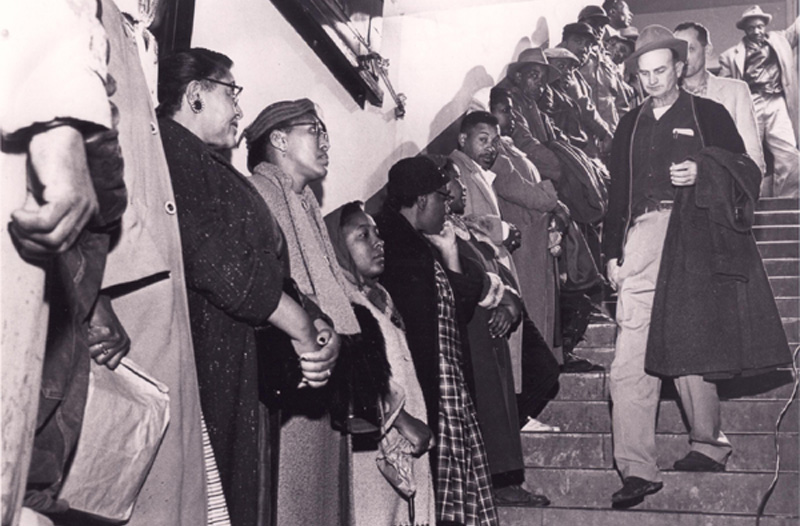 In 1959, John Estes, a civil rights activist and the attorney who represented the accused Burton Dodson, encouraged John McFerren et. al to start a voter registration campaign. McFerren and Jameson initiated a word-of-mouth campaign to appeal to African Americans to register to vote. As word of mouth grew, members of the African American community lined up, standing for hours, to register to vote at the Fayette  County courthouse.

Blacks stood in line in the "dead heat" of summer heat for hours to register. While waiting in line, they were harassed at times by whites who spit or threw hot coffee or peppers on them. Even when they were successful in registering, registered Blacks were blacklisted by whites which prevented them from buying essential goods and were denied medical services, fired from their jobs, and evicted from their homes.

Local and national media report on the Fayette County Movement

Later, because of illiteracy, volunteers created copies of the ballots for upcoming elections to help the new voters better cast their votes, but when the ballot order was changed without any announcement beforehand, the first–time voters were unable to effectively vote for their chosen candidate. Despite having finally won the right to cast a ballot, accusations of corruption and intimidation regarding the ballot box demonstrated that the roots of racism and segregation would not be so easily removed from Fayette County.

Whites swiftly and harshly retaliated against African Americans who registered to vote in the early 1960's.