Critical Race Theory: What it is and What it isn't

The Benjamin L. Hooks Institute will host an online discussion on the importance of Critical Race Theory (CRT) in academic, education and activist studies. The event will be live-streamed on the Hooks Institute’s Facebook page June 22 from 6-7 p.m. This event is free and open to the public.

About the Critical Race Theory Discussion
CRT is invaluable in how it helps us understand, research, study and teach how race functions in the United States and across the globe. However, much of this has come under attack as opponents of CRT charge that it divides Americans and promotes a distorted view of American history through a racial and ideological lens. In response to these attacks on CRT, the panelists will address those concerns and help unpack what CRT is and why it has been and continues to be an essential tool in addressing our racist past and present.

Attendees are encouraged to RSVP for the event at this link.

The panelists for the event are distinguished scholars and serve as Hooks Academic Research Fellows. They are as follows:

Kami Anderson
Kami (pronounced kah-MEE) Anderson, PhD is an interculturalist, scholar and language advocate. Originally from Milwaukee, Wisc., Anderson has always kept a tight grip on her passion and compassion for others and difference through language. Her primary focus is family empowerment through language with an emphasis on application and confidence. Anderson received her PhD in Intercultural Communication from Howard University in 2007. She received a BA in Spanish from Spelman College and a MA in International Communication and Cultural Anthropology from American University. She has been teaching in higher education since 2005. She has taught a wide range of courses in higher education including public speaking, interpersonal communication, intercultural communication, human communication, media, culture and society, small group communication, international communication, business communication as well as a faculty-led student travel course: City as Text.

Wallis C. Baxter III
Wallis C. Baxter III, PhD, is a native of Rocky Mount, N.C., and grew up in Marietta, Ga. After attending Morehouse College for his BA degree and Duke Divinity School for his MDiv, Baxter completed his PhD in African American Literature at Howard University. Baxter currently teaches African American Literature at Gettysburg College. He is the author of the forthcoming publication “You Must Be Born Again: Phillis Wheatley as Prophetic Poet” (Lexington Books, 2021). In addition, he is co-editing a two-volume series of sermons entitled “Preaching During a Pandemic: The Rhetoric of the Black Preaching Tradition” (Peter Lang, 2022).

Daniel Kiel
Daniel Kiel is a professor of law at the Cecil C. Humphreys School of Law, where he joined the faculty in 2008 and teaches constitutional law, education & civil rights and property law. In addition to his record of publications focusing on disparities in education, Kiel is the director of “The Memphis 13” (2011), a documentary sharing the stories of the first graders who desegregated Memphis City Schools in 1961. The film has been screened at universities, film festivals, museums and schools across the country and was made possible in part by a research grant from the Hooks Institute in 2010.

Kiel has been recognized on campus with the University's Martin Luther King, Jr., Human Rights Award (2013) and the Alumni Association's Distinguished Teaching Award (2017) as well as various honors within the law school. He has served on the Hooks Institute's National Book Award committee since 2012 and also contributed a paper to the Institute's 2018 Policy Papers series. Kiel is a native Memphian and a graduate of the University of Texas at Austin and Harvard Law School.

The event will be moderated by Andre E. Johnson
Andre E. Johnson, PhD, is an associate professor of Rhetoric and Media Studies in the Department of Communication and Film at the University of Memphis. He teaches classes in African American Public Address, Rhetoric, Race, Religion and Interracial Communication. Johnson is the author of “The Forgotten Prophet: Bishop Henry McNeal Turner and the African American Prophetic Tradition” (Lexington Books, 2012), the co-author (with Amanda Nell Edgar, PhD) of “The Struggle Over Black Lives Matter and All Lives Matter” (Lexington Books, 2018) and the author of “No Future in this Country: The Prophetic Pessimism of Bishop Henry McNeal Turner” (University Press of Mississippi, 2020). 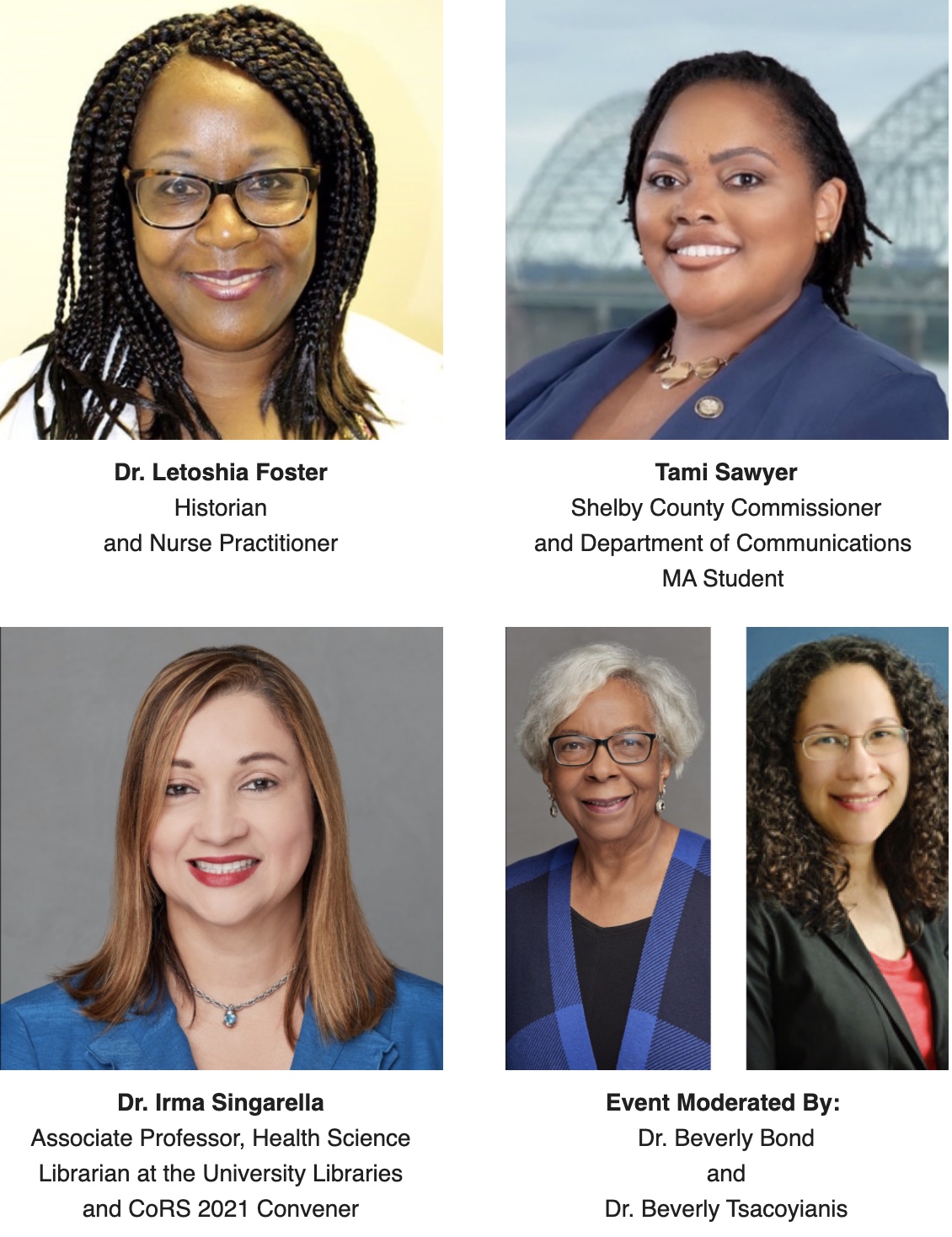 Systemic Racism and COVID in Memphis

The Marcus Orr Center for the Humanities, the Benjamin L. Hooks Institute for Social Change, the Department of Communications, the Department of History and the Community of Researchers (CoRs) Health Spaces and Technology Research Community (HSTRC) partnered to present a Zoom panel. 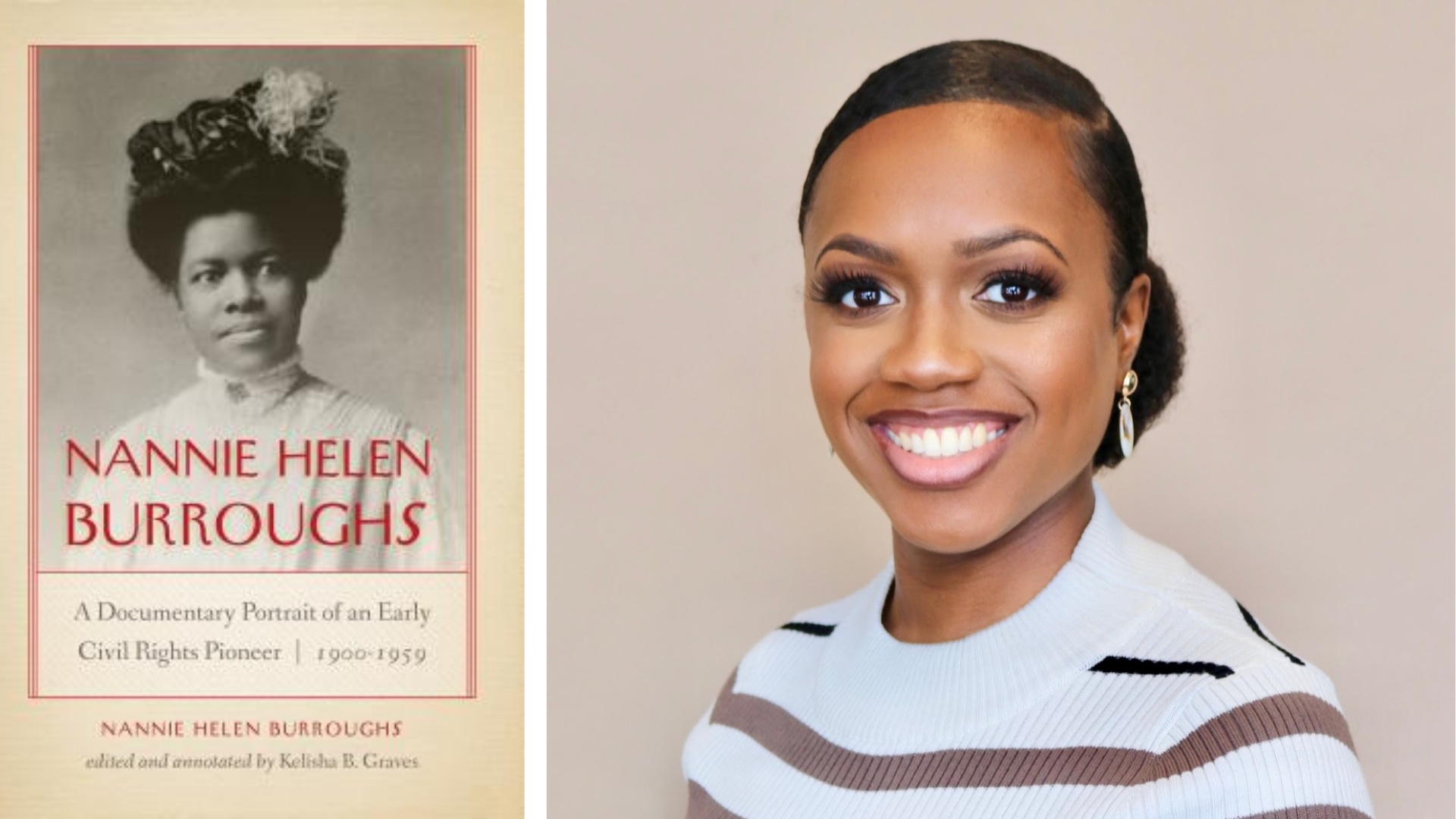 lecture by Kelisha B. Graves, author of Nannie Helen Burroughs: A Documentary Portrait of an Early Civil Rights Pioneer, 1900-1959 was livestreamed on the Hooks Institute’s Facebook page (facebook.com/benhooksinstitute/) on Tues. March 9 at 6 pm and was moderated by Hooks Institute Scholar in Residence Andre E. Johnson. It is free and open to the public.

About Nannie Helen Burroughs: A Documentary Portrait of an Early Civil Rights Pioneer, 1900-1959
Nannie Helen Burroughs (1879–1961) is just one of the many African American intellectuals whose work has been long excluded from the literary canon. In her time, Burroughs was a celebrated African American (or, in her era, a "race woman") female activist, educator, and intellectual. This book represents a landmark contribution to the African American intellectual historical project by allowing readers to experience Burroughs in her own words. This anthology of her works written between 1900 and 1959 encapsulates Burroughs' work as a theologian, philosopher, activist, educator, intellectual, and evangelist, as well as the myriad of ways that her career resisted definition. Burroughs rubbed elbows with such African American historical icons as W. E. B. DuBois, Booker T. Washington, Anna Julia Cooper, Mary Church Terrell, and Mary McLeod Bethune. These interactions represent much of the existing, easily available literature on Burroughs' life. This book aims to spark a conversation surrounding Burroughs' life and work by making available her own tracts on God, sin, the intersections of church and society, black womanhood, education, and social justice. Moreover, the book is an important piece of the growing movement toward excavating African American intellectual and philosophical thought and reformulating the literary canon to bring a diverse array of voices to the table.

About Kelisha B. Graves
Kelisha B. Graves is a higher education educator, author, and speaker. She is completing a doctorate in educational leadership with a concentration in higher education. She is an interdisciplinary and global scholar whose research and teaching resides at the nexus of education and the global Africana experience. Specifically, her areas of research interests include: educational leadership and administration, teaching and learning, culturally-responsive pedagogy and assessment, curriculum planning and development, educational technology, socio-cultural knowledges, critical race theory, Africana philosophy, and African American intellectual history. She also maintains interests in global education policy and international development with a specific focus on Africa.

About Andre E. Johnson
Andre E. Johnson is a Scholar in Residence at the Benjamin L. Hooks Institute for Social Change and an associate professor of Communication at the UofM. 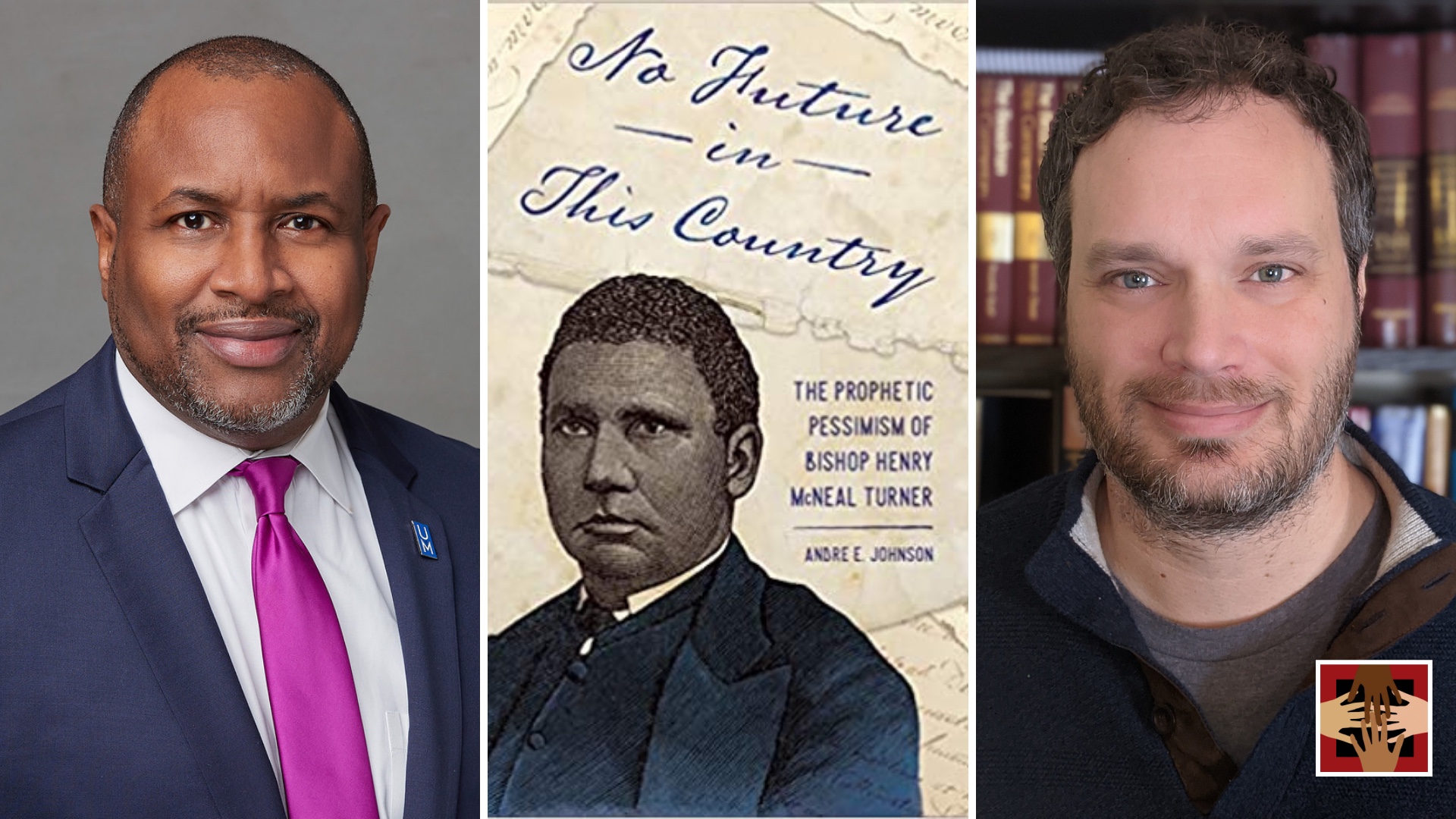 The Benjamin L. Hooks Institute for Social Change hosted the Inaugural Hooks Social Justice Series event where Hooks Scholar in Residence Andre E. Johnson will give a lecture on his book, No Future in This Country: The Prophetic Pessimism of Bishop Henry McNeal Turner.  The event was moderated by UofM Communication and Film graduate student Tom Fuerst and took place February 24 at 1pm CST on the Hooks Institute’s Facebook Page: https://www.facebook.com/benhooksinstitute/ and was free and open to the public.

About No Future in This Country
No Future in This Country: The Prophetic Pessimism of Bishop Henry McNeal Turner (University Press of Mississippi, 2020) draws on the copious amount of material from Bishop Henry McNeal Turner’s speeches, editorial, and open and private letters to tell the story of how Turner provided rhetorical leadership during a period in which America defaulted on many of the rights and privileges gained for African Americans during Reconstruction. Unlike many of his contemporaries during this period, Turner did not opt to proclaim an optimistic view of race relations. Instead, Johnson argues that Turner adopted a prophetic persona of a pessimistic prophet who not only spoke truth to power but, in so doing, also challenged and pushed African Americans to believe in themselves.

At this time in his life, Turner had no confidence in American institutions or that the American people would live up to the promises outlined in their sacred documents. While he argued that emigration was the only way for African Americans to retain their “personhood” status, he would also believe that African Americans would never emigrate to Africa. He argued that many African Americans were so oppressed and so stripped of agency because continued negative assessments of their personhood surrounded them that belief in emigration was not possible. Turner’s position limited his rhetorical options, but by adopting a pessimistic prophetic voice that bore witness to the atrocities African Americans faced, Turner found space for his oratory, which reflected itself within the lament tradition of prophecy.

About Andre E. Johnson (Left in Photo)
Andre E. Johnson is an Associate Professor of Communication and the Scholar in Residence at the Benjamin L. Hooks Institute for Social Change at the University of Memphis.

About Tom Fuerst (Right in Photo)
Thomas M. Fuerst is a graduate student in the Department of Communication & Film at the University of Memphis studying religious and prophetic rhetoric. He is currently examining the role of prophetic rhetoric in the call narratives of African American preachers in the 19th century.