By the 1990s, black Memphians held a majority of the elected local offices and state positions representing the city. After his father's retirement, Harold Ford, Jr. successfully ran for his father's seat in the U.S. House of Representatives. Ford, Jr. served in that position from 1997-2007, giving African Americans power over the 8th Congressional District for over three decades. A.C. Wharton served as Shelby County's mayor from 2002 - 2009, before he became the second African American to be elected mayor of Memphis.

The twenty-first century has been progressive in terms of black political power in Memphis, but stagnant, if not regressive, in the areas of health, education, and economic advancement. But Memphis has become the focus of a number of innovative initiatives to address these challenges. A grant from the Bloomberg Philanthropies allowed the city to address some of its most pervasive problems. The city implemented a research-based and results-focused approach to work on youth handgun violence and neighborhood economic vitality. A multi-million dollar grant from the Gates Foundations and Race to the Top funds have also enabled the city to implement much-needed educational reforms. Several new manufacturing plants have moved to Memphis, bringing an estimated 1,500 jobs to an economy hit hard by the relocation of American industrial facilities to international sites over the last 30 years.

With such a rich heritage and as the focus of so much that is important to the American story – including our musical and civil rights history - Memphis is realizing its potential as a quintessentially American city. 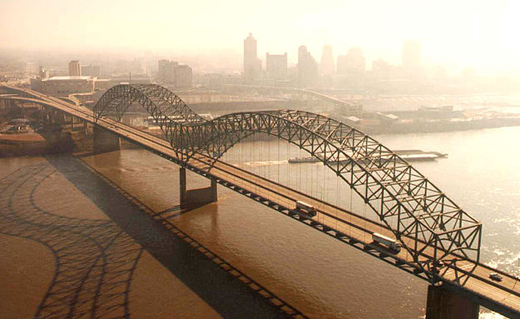