The 50th Annual Mid-South Conference on Communicative Disorders will be held on March 5th and 6th, 2020. The conference is one of the oldest continuously offered graduate student led conferences in the nation. In honor of this special event, alumni Dr. Hal Price, former CSD Dean Dr. Maurice Mendel, SLP clinic director Marilyn Wark and longtime staff member Ed Brainerd gathered to reminisce about the origins and history of the conference. 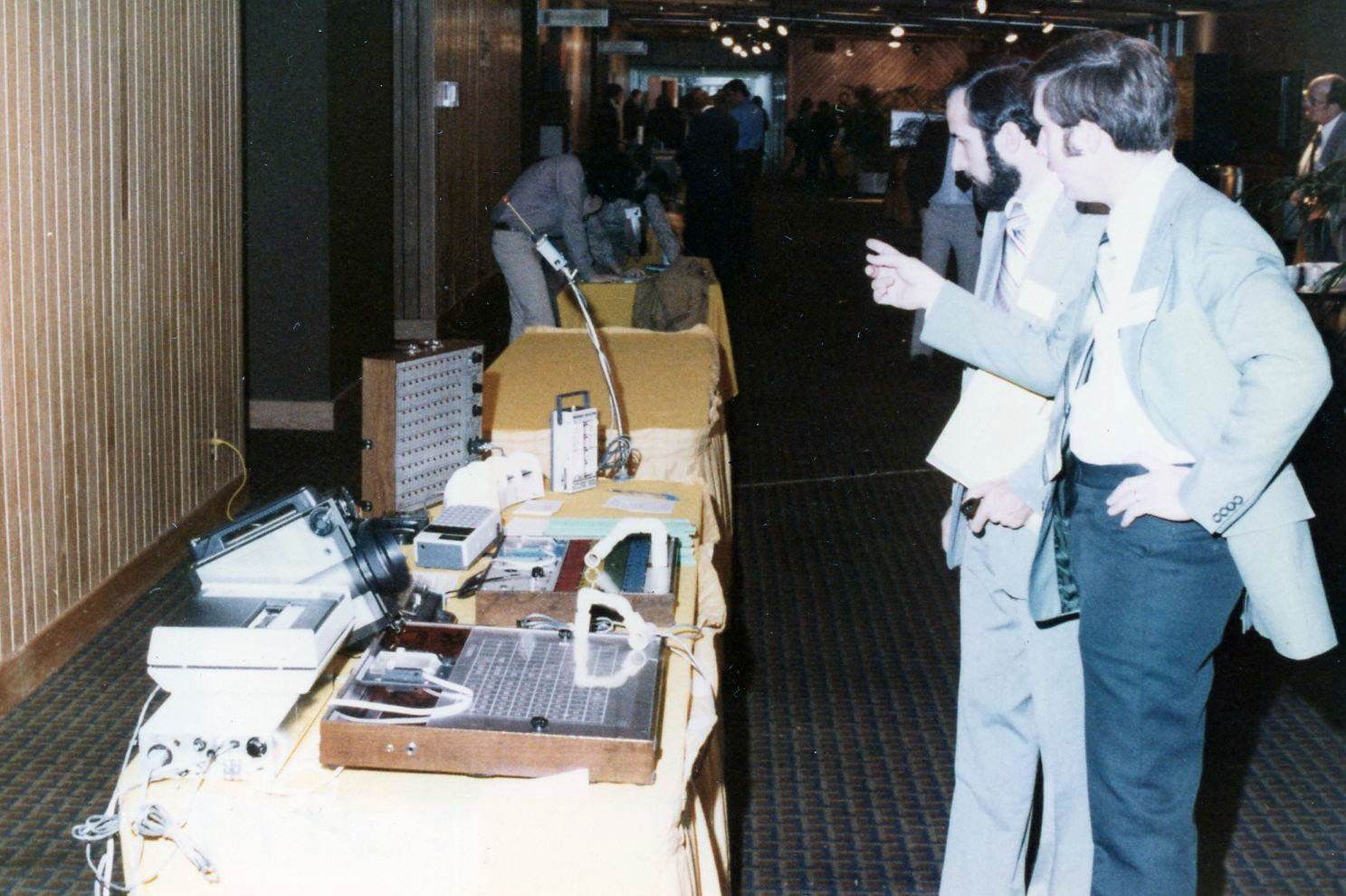 The idea for the Mid-South Conference started after Memphis CSD students got to attend the 1969 ASHA conference in Chicago. Demaris Shipley, a clinical faculty member in the CSD department, helped organize the trip. After the conference, Sigma Alpha Theta, the student organization before NSSLHA, held a meeting at Shipley's house. The students discussed starting a conference of their own. Since they were not primarily from Memphis, the students thought it was funny that everything in Memphis was called the "Midsouth something" or the "Bluff City something." So, as a joke, someone suggested that the conference be called the Mid-South Conference on Communicative Disorders. Everyone laughed, but then they thought, "Hey that's not bad!" Shipley was very supportive of the choice and so the conference was born.

The students' intention was to create a conference that featured research and seminars with clinical application. They wanted to empower clinicians with new techniques they could use with their patients. The first conference was held at the Holiday Inn on Union Ave where the Rendezvous restaurant currently stands. They received $300 from the department chair, George Simon, to cover expenses.

In 1970, the conference was put on entirely by undergraduates who were inspired by their trip to ASHA the previous Fall. Wark remembers, "It was amazing to see the amount of work that students did with manual typewriters to make the name badges, flyers, and brochures. Because every change was done manually, it was a huge job to get the brochure out. To save money, the students would staple the booklets themselves. They would do all the stapling and addressing for as many as 700-800 people in future conference years." As the undergraduate program was transitioned out, the graduate students in the program took over organizing and directing the conference.

Each year, UofM students put their own spin on the conference. They design the program and arrange for speakers with guidance from faculty advisors. It is an honor for a student to serve as a co-chair. The conference gives students training in professionalism and leadership. They also make contacts with many professionals in the field that have led to job and leadership positions statewide, as well as within ASHA.

Perhaps most significantly, the hospitality and culture of the conference have helped shape the culture of CSD at the University of Memphis. The students have always taken great care of the conference speakers. They are picked up from the airport, taken to dinner, and offered wonderful hospitality. The students did not have money to pay the speakers, so they offered rock star treatment. As Dr. Mendel explains, "Through the years, numerous speakers who have presented all over the United States and even worldwide have informed me that they have never been treated as well at any other meeting as they were treated at MidSouth." The faculty, staff, students and alumni of the School are proud of the tradition, opportunity and reputation of the conference. It is a unique and valuable feature of the CSD program at Memphis.