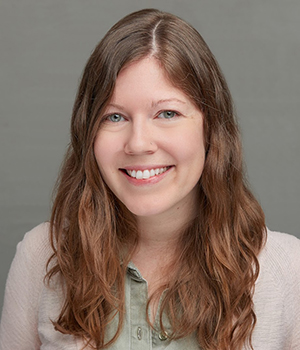 Lindsey Aston Shelton is an Instructor of Spanish in the Department of World Languages and Literatures. She received her M.A. in Spanish from the University of Memphis and has been teaching Spanish here at the UofM for nearly 10 years. Lindsey is the Team Leader for the Spanish 1010 and Spanish 2010 courses. This is a major responsibility that entails preparing syllabi, creating instructional materials, and designing exams. In her role as a Team Leader, she is also instrumental in training and mentoring the Spanish Graduate Teaching Assistants during their first semester teaching.

The contributions Lindsey has made to her department are numerous. She was the advisor, coordinator, and faculty chaperone for the Spanish language summer study abroad programs in Costa Rica in 2014 and 2015. In 2016, she participated in Books for kids by kids, an initiative developed by the School of Education in collaboration with the Spanish faculty. In this project, she and her students translated a series of books written by local high school students for the children at St. Jude. In 2017 and 2018, she was the director of the Language Fair, the largest event that the Department of World Languages and Literatures hosts.

Lindsey eagerly pursues her own professional development, attending and presenting at various workshops and conferences throughout the year to keep current with teaching methods and technology in the classroom. She implements various instructional techniques to reach the diverse learning styles of her students. Lindsey's students appreciate her compassion, creativity and enthusiasm. According to one student, she "has a knack for engaging students," while another stated that she "is genuinely interested in student success and will do anything in her power to help you learn." Students describe her teaching style as "organized and clear" and her classes as "fun and interactive." These qualities, in the words of several students, make Lindsey "the best Spanish Instructor [they] have ever had."