Amun-Re and the Theban Triad

Amun was the chief god of ancient Thebes, and Karnak Temple was the most important of several temples in the city dedicated to his worship. During the New Kingdom period (ca. 1550-1100 BCE), Amun was the most important deity in the Egyptian pantheon. His name means "The Hidden One" and prior to the Middle Kingdom (ca. 2055-1650 BCE), he was relatively obscure. To mark his new prominence, his identity merged with that of the ancient and prestigious sun god Re of Heliopolis in the north. The composite god Amun-Re then became "King of the Gods," "Lord of Heaven" and "Lord of the Thrones of the Two Lands" to give only three of his many impressive titles. 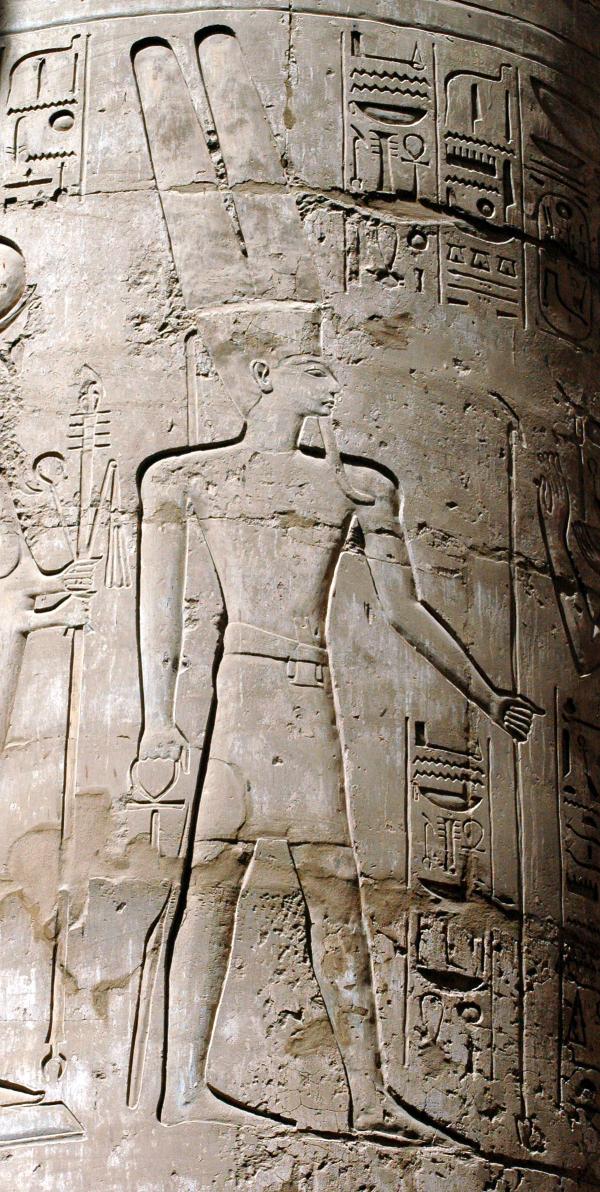 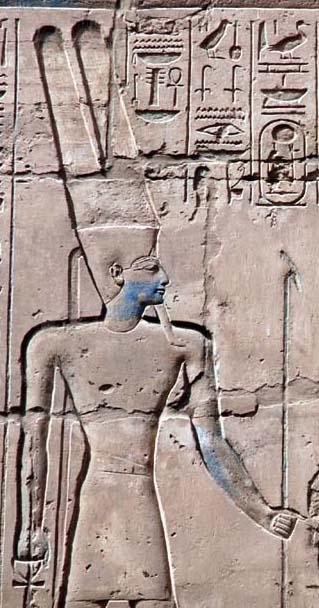 Examples of representations of Amun-Re in the Hypostyle Hall, with remnants of paint showing his original blue skin (right).

Amun-Re appeared in two humanlike forms. In one he wears the typical costume of male deity with a knee-length kilt and a corselet supported by shoulder straps. From the top of his helmet-like crown emerge a pair of tall feathers, while a long red ribbon dangles behind it. As with most gods, he grips a staff in one hand and an ankh symbolizing his life-giving powers in the other. Amun's skin could be red, although by the end of the Eighteenth Dynasty (about 1300 BCE), it was usually blue and sometimes black; to the Egyptians, both colors symbolized the abundant fertility of the Nile Valley's rich soil.

In his alternate form, Amun closely resembles the fertility god Min. Like Min, he appears wrapped in a tight fitting white garment and resembles a mummy. Both gods personify masculine sexual potency. Reflecting his procreative aura, this fertile avatar is often entitled Amun-Kamutef, meaning "Amun-the-Bull-of-His-Mother." In other words, he is the self-created god who metaphorically impregnated his own mother! 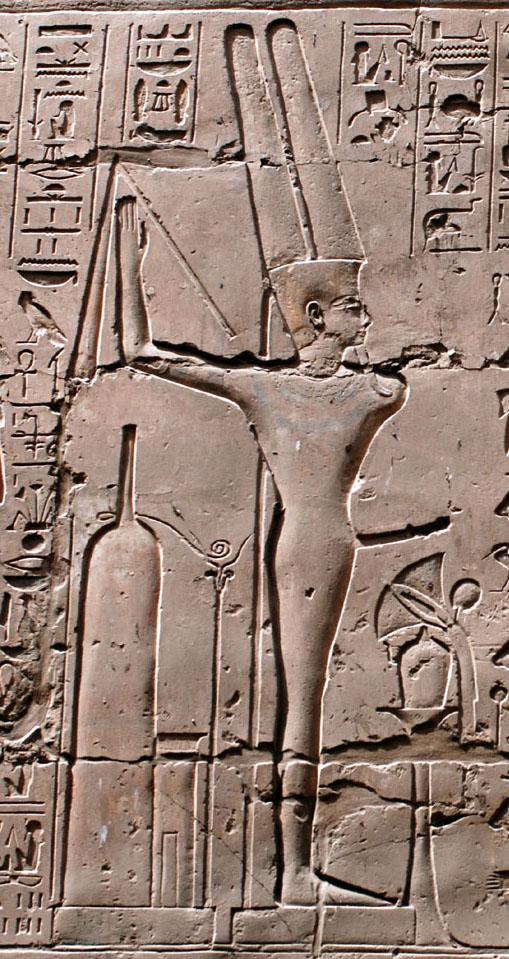 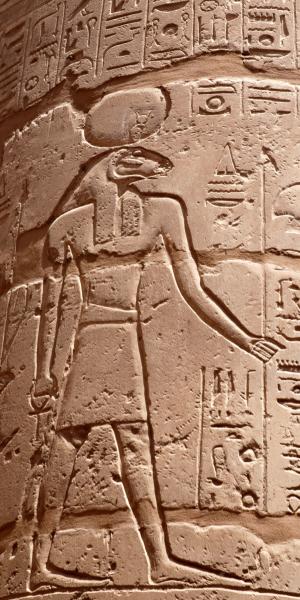 Amun-Re in his ithyphallic form (left) and as a ram-headed deity (right).

Projecting from his wrappings, his erect penis is Amun's most unique attribute in this incarnation, underlining his fertility. Resembling a mummy, his legs and feet are bound so closely together that he seems to have just one. Amun-Kamutef holds one arm aloft, which in two-dimensional wall scenes appears to be raised behind his head; in reality, he extends it to his right side as three-dimensional sculptures make clear. His hand points straight up, balancing a flail-scepter on his fingertips. His headdress is identical to that of his alter ego, with tall plumes as its defining feature. Sometimes he lacks the helmet crown and has a skullcap. A headband then secures the quills of his tall plumes to his head, fashioned from the same long ribbon that dangles behind him.