Accompanying the sacred barks of the Theban Triad on these festival outings was a fourth shoulder-borne model vessel consecrated to the reigning king. Pharaoh himself possessed an indwelling divine spirit closely linked to Amun-Re who, it was believed, had actually fathered him. Although every pharaoh was considered Amun-Re's progeny, this mythology was articulated most explicitly in the "Divine Birth" inscriptions of King Amenhotep III (ruled ca. 1390-1352 BCE) at Luxor Temple and those of Queen Hatshepsut in her memorial temple at Deir el-Bahari in Western Thebes. As with the gods themselves, perambulation of the king's cult statue in his sacred bark was integral to the Opet Festival and Valley Festival, both of which celebrated the mystical connection between Amun-Re and the king. At Luxor Temple during Opet, their spirits temporarily melded as one, recharging both of their mystical energies for another year. 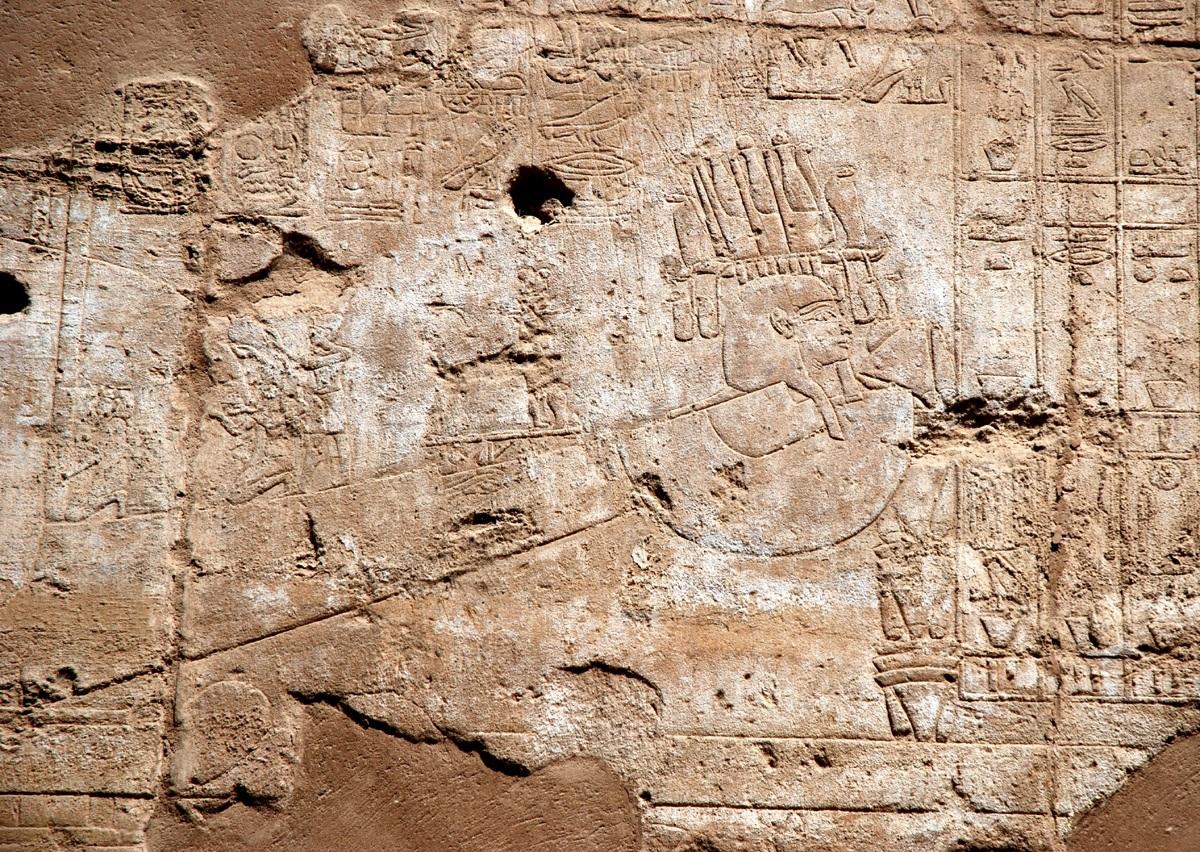 Representation of the king's processional bark, as indicated by its aegis showing
a king's head wearing a nemes head cloth and an elaborate hemhem crown.
Relief from the Colonnade Hall of Luxor Temple.

Sety I and Ramesses II commanded elaborate scenes to be added to the Hypostyle Hall's walls depicting the journey of the divine and royal sacred barks during these festivals. Accompanying them are hieroglyphic captions describing their royal piety in carrying Amun's bark on their own shoulders during processions and in constructing the Hypostyle Hall as monumental infrastructure for these festivities.