Festivals and the Royal Cult

Like the public room in any house, the Great Hypostyle Hall provided a venue for an assortment of activities. Dedication texts on the architraves provide us with terms the Ancient Egyptians used to describe the Hall and its function. Although the main sanctuary buildings pertaining to the cult of Amun-Re—mostly dating to the Eighteenth Dynasty—lay further to the east, the Ramesside kings considered the Great Hall to be a "divine mansion," or temple, in its own right. What, then, was its purpose? The Great Hypostyle belonged to a class of temples the Egyptians called "Mansions of Millions of Years." In such buildings they celebrated not just the cult of gods like Amun-Re, but that of the pharaoh deified. 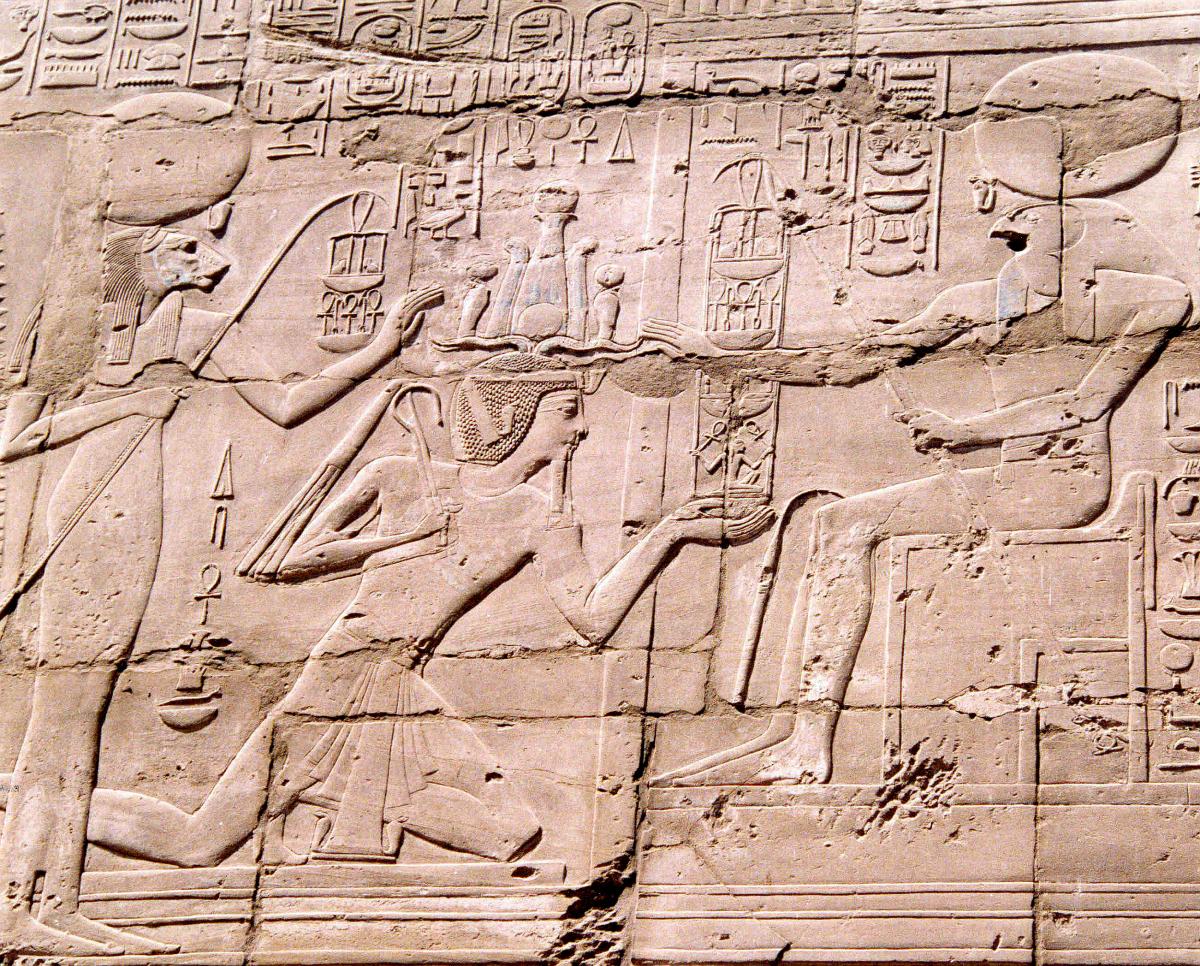 Sety I receiving jubilees from Re-Horakhty and Weret-Hekau.

In practice, Egyptian devotion to Amun and Pharaoh were not separate, but intimately linked through complex theology and ritual practice. Annual religious celebrations best exemplify this sacred connection, chief among them "The Beautiful Festival of Opet" and "The Beautiful Festival of the Valley." During both of these grand yearly feasts, Amun, Mut, and Khonsu left Karnak to "visit" nearby shrines. 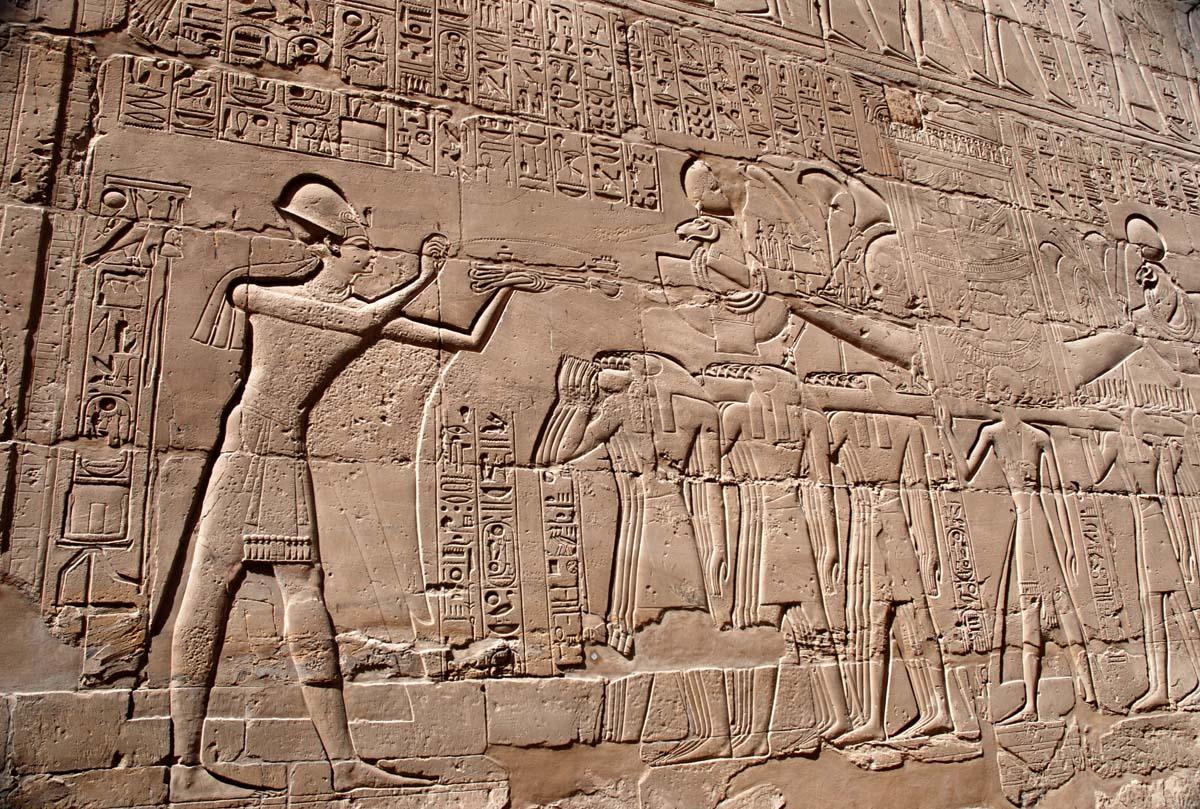 Ramesses II censing before the divine bark of Amun-Re.