Ancient Egyptian priests often divided their many gods into family groups of three, called Triads. In ancient Thebes, the local Triad consisted of Amun-Re along with his consort goddess Mut and their son Khonsu. Mut-the-Great, "The Great Mother," was par excellence a maternal goddess while her son Khonsu personified the moon. Mut resembles a human female wearing a tight-fitting dress, long wig, and the vulture cap of a queen. Resting atop her vulture crown, a royal Double Crown is Mut's defining attribute, a combination of the Red Crown of Upper Egypt and the White Crown of Lower Egypt, otherwise restricted to Pharaoh himself. Mut sometimes appears as a woman with a lioness's head wearing a large solar disk encircled by a uraeus-cobra as her crown. 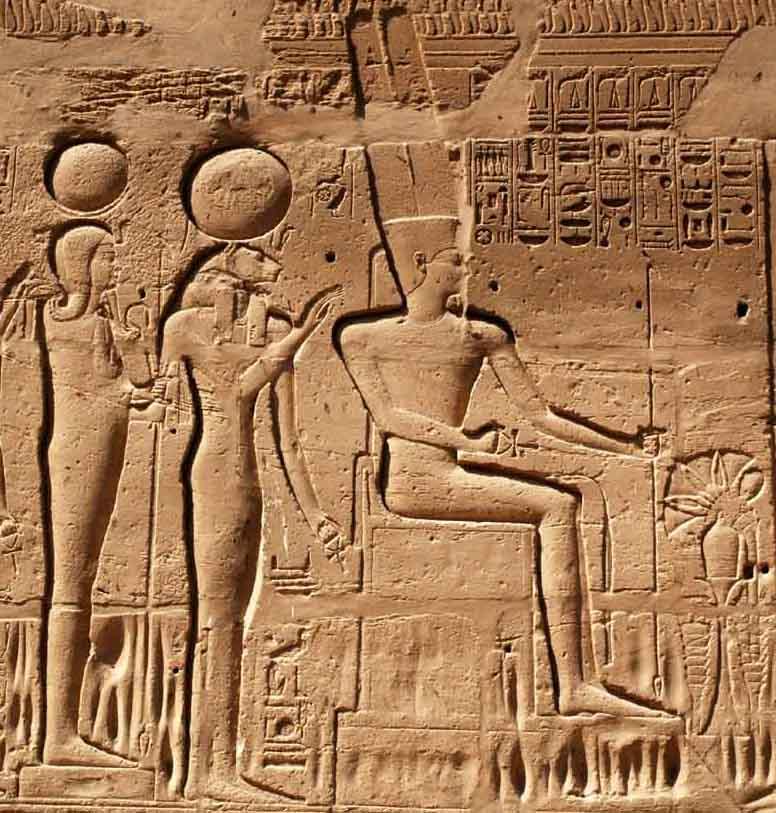 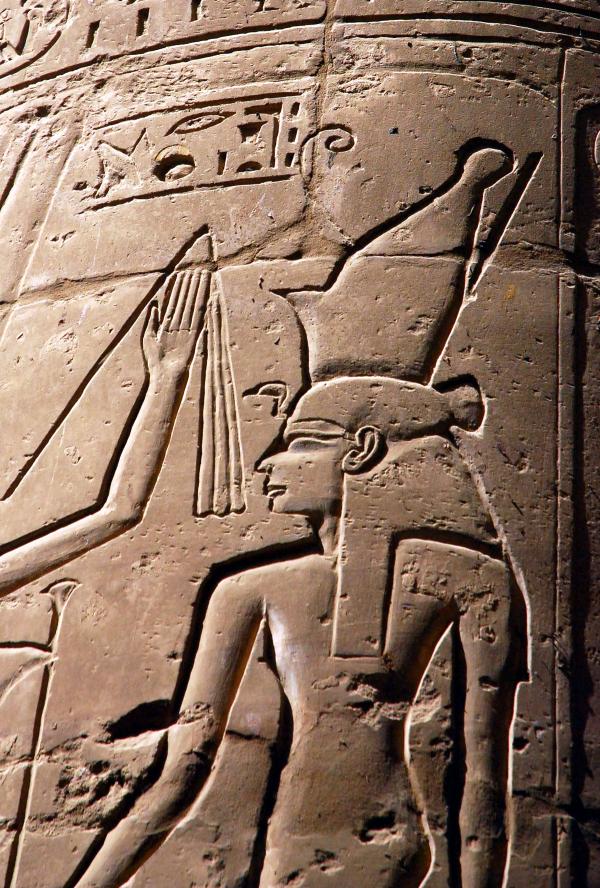 Khonsu possesses a variety of forms. Most often he is mummiform man with a shaved head and side-lock of hair symbolizing his youth. He may also appear as a falcon-headed man, but in any case he wears both a crescent moon and a full lunar disk on his head. Less commonly, he may appear in the guise of the moon god Thoth with an Ibis head or as a clone of the falcon god Monthu, a falcon-headed man with a solar disk, two tall ostrich feathers and a pair of uraeus-cobras on his head. 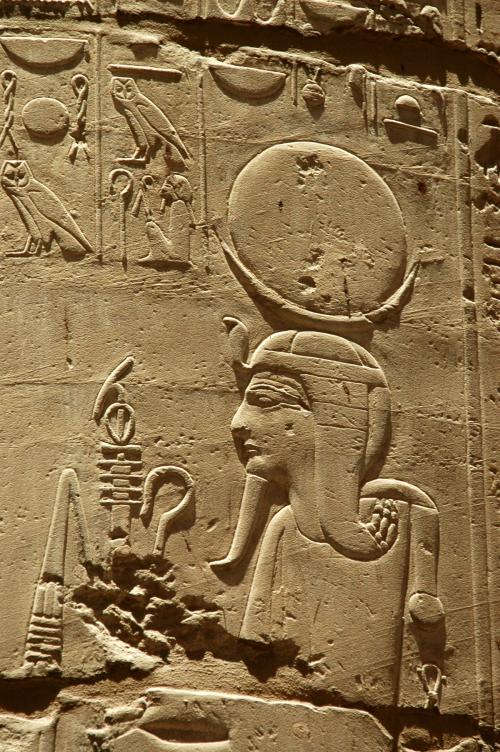 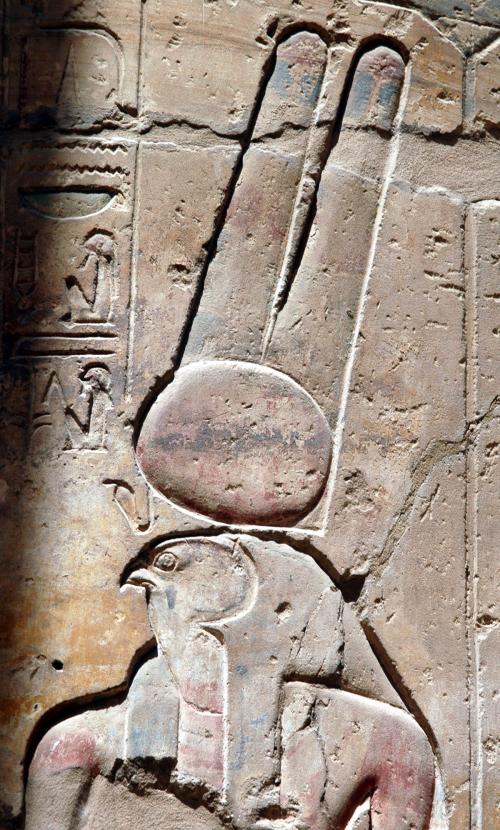 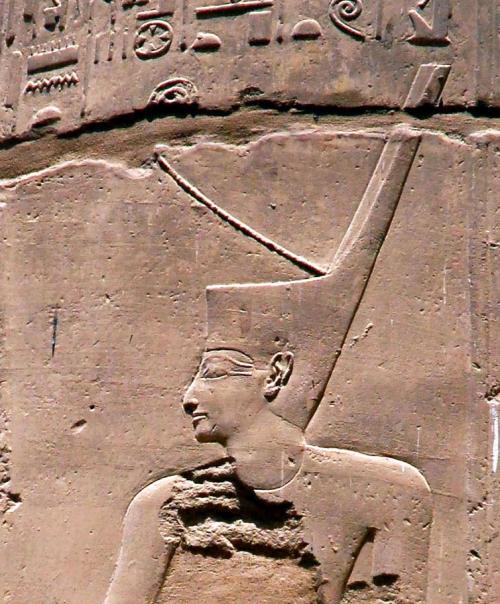 Amun-Re had a second female consort separate from the Theban Triad. This "other woman" in his life was a female alter-ego called Amunet, "The Female Amun." She appears in a typical goddess dress wearing the Red Crown of Lower Egypt. Unlike Mut and Khonsu, Amunet did not enjoy a separate temple of her own within the Karnak complex.