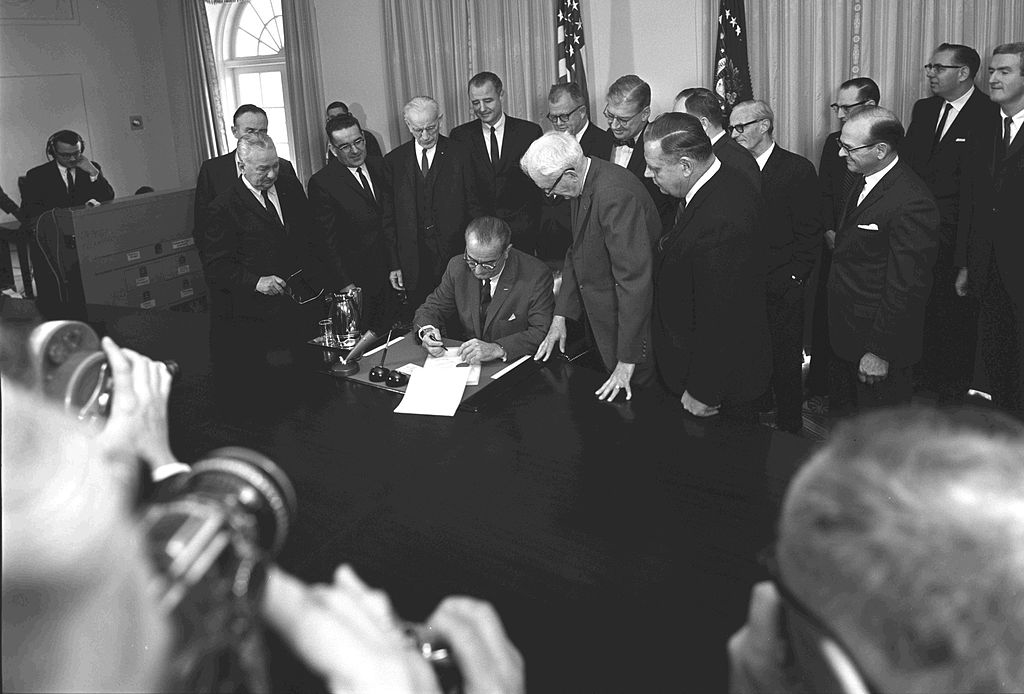 President Johnson signs the 24th Amendment to the Constitution. This amendment eliminates poll taxes for voting in federal elections. In 1967, the Supreme Court held that poll taxes in state elections are illegal. 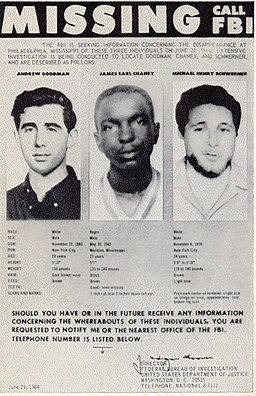 Civil Rights Workers from SNCC, CORE, and the NAACP travel to the deep South to Mississippi to register black voters. Three workers, Andrew Goodman (Jewish), James Earl Chaney (Black), and Michael "Mickey" Schwerner (Jewish), are pulled over for a speeding violation and are taken to Neshoba County to be arrested. They are released from jail, and, as they are leaving Neshoba County, they pulled over by the Ku Klux Klan (KKK), and shot to death at close range. Their bodies are dumped into an earthen dam.

Because of a state cover-up, no one was charged with the murders until 2005, when Edgar Ray Killen, a member of the KKK who took part in the murders, was prosecuted and found guilty of three counts of manslaughter in 2005. He was sentenced to 60 years in prison. 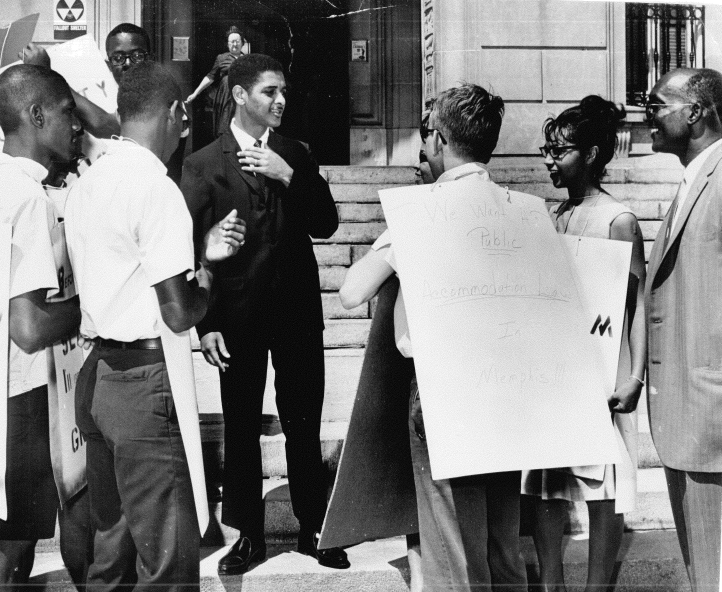 The Civil Rights Act of 1964 is enacted, extending the ban on segregation and racial inequality to places of employment and of public accommodation. The law sparks more sit-ins and demonstrations by black citizens wanting the law to be followed by the establishments in the South.

Martin Luther King Jr. wins the Nobel Peace Prize for his nonviolent teachings and work in the Civil Rights Movement. He donates his winnings to the Movement.