"Some Progress:" Activists, Their Supporters and the Intervention of the Federal Government

Activists in the Fayette County civil rights movement were aided by the intervention of the federal government, including President John F. Kennedy, who, in 1961, ordered that surplus food be sent to Fayette County, and President Lyndon B. Johnson, who, as part of the war on poverty, appointed Viola McFerren to the National Advisory Committee for the U.S. Office of Economic Affairs to work with the federal government in addressing issues of poverty. Viola McFerren focused her efforts on aiding the poor in Fayette County. The United States Department of Justice, Civil Rights Division (DOJ), also filed voter rights lawsuits to stop whites from interfering with, or retaliating against, blacks who were registering and voting. 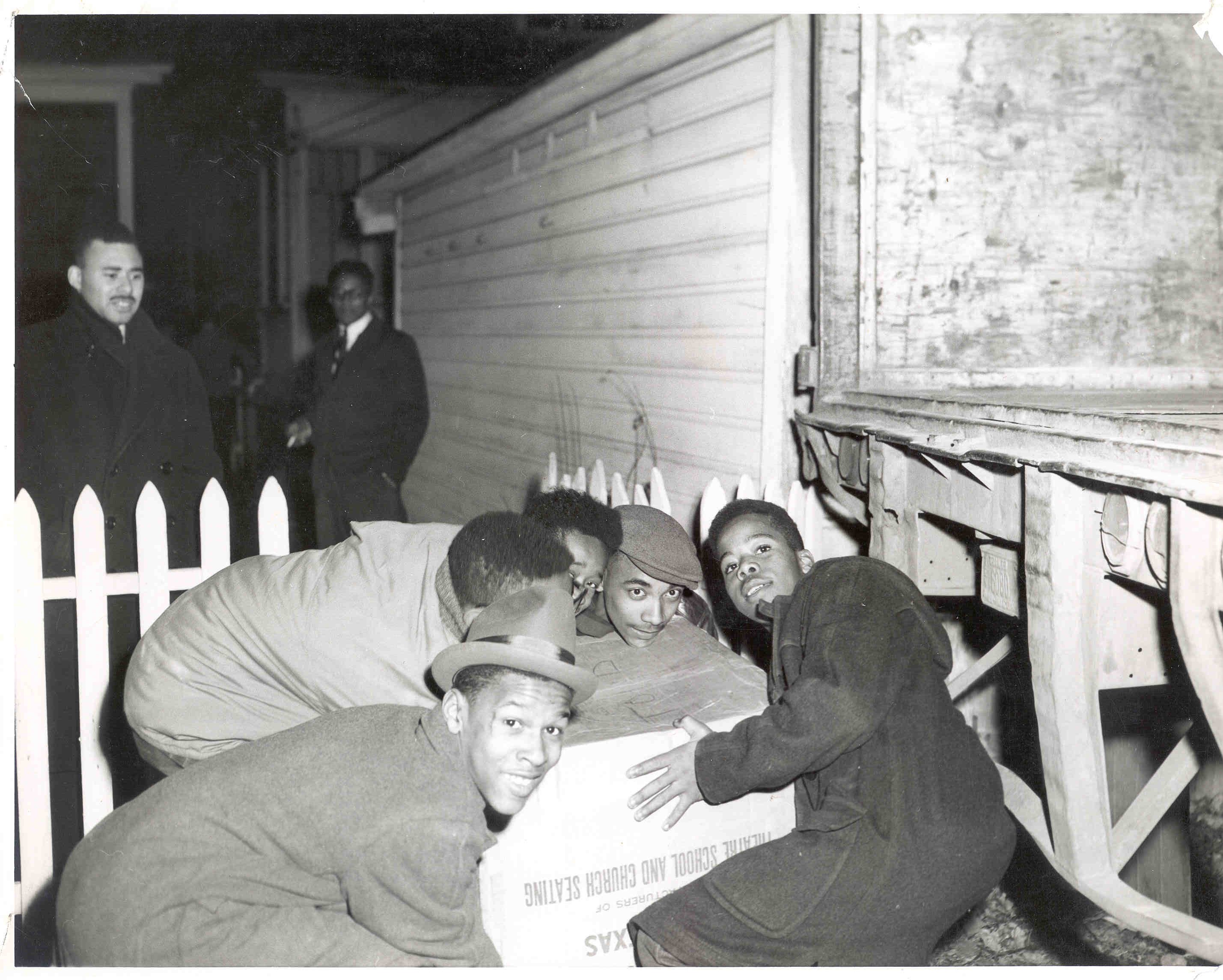 In 1965, the black parents, working in cooperation with an attorney for the NAACP, attorney Avon N. Williams, sued the Fayette County Board of Education to integrate Fayette County schools. The U.S. Department of Justice later intervened in that suit, and as late as August 2012 entered into a consent decree with the school board to reorganize schools to end de facto segregation. The activities of various community groups locally and across the country, however, helped solidify the efforts for social change. Local activists were aided by state and national civil rights activists, financial donations from around the country, union and nonprofit organizations, and university students.

The headline in the July 15, 1961, issue of the League Link informs the residents of the arrival of the surplus food sent by the federal government.