For Distinguished Research, Excellence in Engaged Scholarship, and Creative Achievements

Dr. Mohamed Laradji is a professor in the Department of Physics and Materials Science. He received his doctorate from McGill University, and was employed at universities in Denmark, Georgia, and Canada before coming to Memphis. He conducts computational and theoretical research in biophysics and soft matter, including biomembranes, polymers, and nanomaterials. His research has been published in many peer-reviewed journal articles, book chapters, and conference proceedings. He also holds several patents. His research has been supported by multiple grants from the National Science Foundation and the National Institutes of Health. Dr. Laradji is a Fellow of the American Physical Society.

Dr. James Murphy is a professor of psychology and Director of the Clinical Psychology Doctoral Program. He has published over 100 papers related to young adult substance abuse and behavioral economics. He has developed brief intervention approaches that reduce drinking and drug use and tested the effects in randomized clinical trials with college students, military veterans, and other high-risk populations. His research also explores novel behavioral economic predictors of substance abuse severity and treatment outcome. Dr. Murphy's research has been funded by the National Institute on Alcohol Abuse and Alcoholism, the U.S. Department of Education, and the Alcohol Research Foundation.

Dr. Charlie Santo is an associate professor and chair of the Department of City & Regional Planning. His collaboration with the Memphis community has contributed to neighborhood improvement and catalyzed local policy change. His leadership has fostered a culture of reciprocal community-university partnerships and enhanced capacity to support community engagement. Charlie's recent work on art-based community development in the Soulsville neighborhood is internationally recognized and has generated substantial investment by national philanthropic organizations. Charlie helped establish the interdisciplinary University of Memphis Design Collaborative, which serves as an outreach arm of the University, focused on critical challenges in urban design and development. 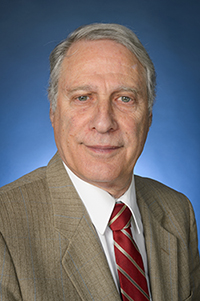 Dr. Stephen Tabachnick is a professor in the department of English, where he served as department chair for eight years. He was previously a professor and department chair at the University of Oklahoma, Tennessee Technological University, and the Ben-Guiron University of the Negev. He has also held visiting positions at UCLA and San Diego State University. Dr. Tabachnick has authored and edited several books on literary figures such as Harold Pinter, Charles Doughty, Rex Warner, and T. E. Lawrence. More recently, he has contributed significantly to the scholarly literature on the graphic novel. He serves as faculty advisor to the Hillel House.