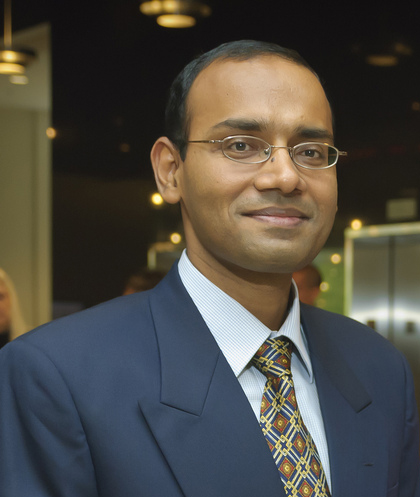 Some of his accomplishments at the University of Memphis include:

Since joining University of Memphis as a faculty in 2006, Dr. Kumar has been the Principal Investigator of 15 federal grants worth $18 million. Most recently, he was awarded one of the 11 national big data centers of excellence by the National Institutes of Health. This Center of Excellence in Mobile Sensor Data-to-Knowledge (https://md2k.org) is headquartered in Memphis and involves 20+ investigators in computing, engineering, behavioral science, and medicine from Cornell, Georgia Tech, Michigan, Memphis, Northwestern, Ohio State, Rice, UMass, UCLA, UCSD, UCSF and West Virginia University. The MD2K Center of Excellence is the first $10+ million federal center grant awarded to University of Memphis. 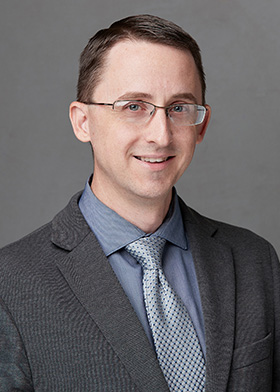 Duane McKenna is currently an Assistant Professor in the Department of Biological Sciences, a faculty Associate of the Program in Bioinformatics and the Feinstone Center for Genomics, and a Research Associate in Entomology at the Harvard University Museum of Comparative Zoology. He came to the University of Memphis in 2010 from a Ph.D. and Postdoc at Harvard University. He has a M.S. degree in Entomology from the University of Illinois at Urbana-Champaign and an undergraduate degree (B.S.) in Biology and Chemistry from Western Michigan University. He is a member of the University of Memphis IT Research Advisory Committee, the Standing Committee on Biological Safety, the Department of Biological Sciences Strategic Planning Committee, and is the founding and current faculty advisor for the Department of Biological Sciences Graduate Student Association. He is an associate editor for the European Journal of Entomology, a subject editor for the journal Zookeys, a collaborator on the Insect 5,000 Genomes Project, the 1KITE (1,000 Insect Transcriptome Evolution) Project, and the principal investigator on current grants from the U.S. National Science Foundation and the U.S. Department of Agriculture. He teaches courses in entomology and evolution to biological sciences undergraduate and graduate students, and in addition to two graduate students and two postdocs, his laboratory consistently hosts several undergraduate student researchers (currently 5). His principal research interests include insect (especially beetle) ecology and evolution, genomics, biodiversity, and conservation. His research employs phylogenetic methods, large-scale molecular data sets (genes, genomes and transcriptomes), and information from museum specimens and field studies.

For more information on Dr. McKenna's work, visit his website at: https://www.memphis.edu/biology/people/faculty/duane-mckenna.php

Dr. Zhao's research involves areas of inorganic, organometallic, bioinorganic chemistry and chemical biology, with particular interest in the design and engineering of models for the oxygen-evolving center in photosystem II, through either synthetic methods using organic ligands or biosynthetic approach using small, stable and well-characterized proteins.

For more information on Dr. Zhao's work, visit his website at: https://www.memphis.edu/chem/faculty-zhao/index.php