The College of Arts and Sciences' Distinguished Research Award (CASDRA) was initiated in 1993-94. Awards may be given in four areas: Natural Sciences and Mathematical Sciences; Humanities; Social Sciences; and Engaged Scholarship.

In recognition for outstanding research achievements, each recipient receives $500.00 toward research expenses, a plaque, and recognition at our August faculty meeting.

We are very pleased today to recognize two of our faculty members for their outstanding research performance. Dr. Gary Emmert, Department of Chemistry, is receiving the CASDRA in the area of Natural Sciences and Mathematical Sciences and Dr. Charles Santo, Division of City and Regional Planning, is receiving the award in the area of Engaged Scholarship. 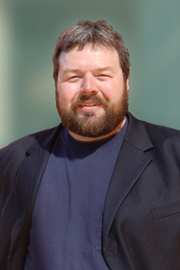 Dr. Gary Emmert, Professor of Chemistry, is receiving the College of Arts and Sciences Distinguished Research Award in the area Natural Sciences and Mathematical Sciences. He completed his Ph.D. in Chemistry at Miami University of Ohio in 1999. After first serving on the faculty at Arkansas State University, Professor Emmert joined the faculty at the University of Memphis in 2002. In addition to the Department of Chemistry, he is a faculty member in the Groundwater Institute. In 2004, he established the Mobile Analytical Monitoring and Miniaturization Laboratory (MAMML) at the University of Memphis; the laboratory "focuses on developing automated instrumentation for on-line/real-time monitoring of drinking water disinfection by-products (DBPs)." This program has been extremely productive, leading to 19 peer-reviewed journal articles, two peer-reviewed books, and 14 peer-reviewed research reports. Additionally, Dr. Emmert's research has been well supported by external funding from a wide variety of sources, including the National Science Foundation and Buckman International Laboratories.

In his letter of nomination, Dr. Paul Simone describes Dr. Emmert as representing "a new model for a professor. He excels in both novel research and interaction with a large community…He is well regarded in the drinking water community internationally as a scientist and researcher who excels at solving problems important to drinking water utilities, both large and small." Professor Erno Lindner, R. Eugene Smith Professor of Biomedical Engineering and Professor of Chemistry at the University of Memphis notes that "Dr. Emmert is also a successful entrepreneur who successfully translated his group's scientific findings into three patents…"

Similarly, a Senior Research Scientist at the University of Dayton Research Institute writes that "Dr. Emmert has established himself as a world expert in the analytical chemistry of drinking water and the development of methods and instrumental systems for drinking water instruments. He has accomplished this by performing important and well-designed research investigations." 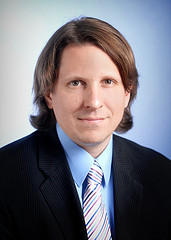 Dr. Charles Santo, Associate Professor, Division of City and Regional Planning within the School of Urban Affairs and Public Policy, is receiving the College of Arts and Sciences Distinguished Research Award in the area of Excellence in Engaged Scholarship. Such scholarship involves academic projects that engaged faculty members and students in a sustained manner with community groups, projects that result in products such as peer-reviewed publications and collaborative reports, and external funding. At their core, such research entails establishing productive relationships between the university and the community. Professor Santo received his Ph.D. in Urban Studies at Portland State University in 2005 and joined the faculty at the University of Memphis that same year.

According to Dr. Santo, "The role of an engaged scholar is to find the nexus between research and practice, while fostering mutually beneficial relationships between the University and its community." When he arrived at the University of Memphis, he had a particular interest in "sports, economic development, and urban public policy," and he has "built upon the connection between culture, amenities, and community development, but in a way that embraces the University's commitment to community engagement." Currently he is focusing on the "role that culture and heritage can play in the reclamation of place." Through three special topics classes, Dr. Santo has engaged city and regional planning and architecture students in the development of the Memphis Music Magnet plan which is being implemented in the south Memphis neighborhood of Soulsville.

Nominated by Dr. Stanley Hyland, Head of the School of Urban Affairs and Public Policy and Professor of Anthropology, Dr. Santo is described as a faculty member who has "embraced the University of Memphis' commitment to engaged scholarship. His research and teaching have created several mutually beneficial relationships between the University of Memphis and the community…."

In addition to the community impact of Dr. Santo's work with his students, his work has been supported through external funded and resulted in peer-reviewed publications including an edited book on Sport and Public Policy: Social, political, and Economic Perspectives and peer reviewed journal and chapter publications .

Professor Santo has received highly laudatory letters of support from leaders in the Memphis community with regard to his engaged scholarship. Jeffrey Higgs, Executive Director, of the SoulsvilleUSA Community of LeMoyne-Owen College Community Development Corporation writes, "Dr. Santo has also shown an affinity for the culture and history of the community, one of the most important elements of community engagement. With this respect for the community, the community has embraced the vision, the work, the resources and the collaborations Dr. Santo has brought to the community."