Every year as part of our annual August faculty meeting tradition, the College of Arts and Sciences confers the Early Career Research Award (ECRA) to a select group of faculty members who are in the early stages of developing their research programs.

In recognition for their research achievements, each recipient of the ECRA receives $250 that can be applied toward research-related expenses, a plaque, and recognition at our August faculty meeting. 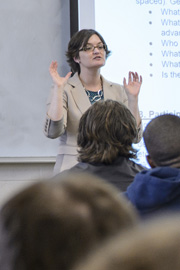 Dr. Nicole Detraz, Assistant Professor, Department of Political Science, completed her Ph.D. in Political Science in 2009 at Colorado State University. That same year, she joined the University of Memphis faculty. Dr. Detraz has represented her department on the College of Arts and Sciences’ Graduate Council since 2011, and beginning this fall, she will serve as her department’s Graduate Coordinator.

Dr. Detraz’s research “broadly explores the connections between the environment, security and gender.” In his letter of nomination, Dr. Matthias Kaelberer, Chair, Political Science, writes that Dr. Detraz “has made immensely important and original contributions to scholarship in the field of International Relations, in particular with her research at the intersection between international security, environmental politics and gender….In sum, over the past three-and-half years, Dr. Detraz has put together an exceptional research record.” Dr. Detraz’s publications substantiate this assessment: she has published a book entitled International Security and Gender (2012) by Polity Press as well as six refereed publications, and she is in the process of authoring a second book entitled Gendering Environmental Security.

Writing in support of Dr. Detraz’s nomination, Dr. Robert Blanton, Professor of Political Science and Director of International Studies Program, summarizes the relevance and quality of her research by noting that it “brings a fresh and innovative approach to bear on some of the key issues in our discipline. Her work is very highly regarded and she is already garnering a wide reputation as a leading scholar of environmental and security issues.” 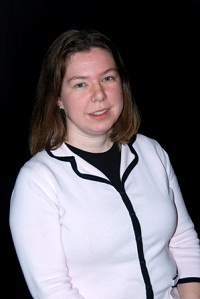 Dr. Neely-Barnes’ research concentrates on the needs of people with disabilities and their family members within the overall area of empowerment and quality of life. In his letter of nomination, Dr. Stephen Soifer, Professor and Chair, Department of Social Work, describes Dr. Neely-Barnes as having had already “an extremely talented career as researcher and scholar, one that has already given her national recognition in her chosen field.” In addition to her impressive publication record, he notes that she has been elected chair of the Council of Disability and Persons with Disabilities for the Council of Social Work Education.

Dr. Neely-Barnes has published sixteen peer-reviewed articles and two book chapters. With regard to grants and contracts, she has been either Principal Investigator or Co-Principal Investigator on four grants. Another University of Memphis colleague describes Dr. Neely-Barnes as “a consummate researcher. Among her many strengths is her ability to work across disciplines in order to develop different perspectives about a topic. She is adept at both quantitative analysis and qualitative methodologies. In this sense, Susan is unique.” Another colleague at Texas State University writes that “Dr. Neely-Barnes has established an outstanding record of achievement for an early career social work educator. Her research agenda reflects a clear, coherent focus and a sustained, progressive path.” 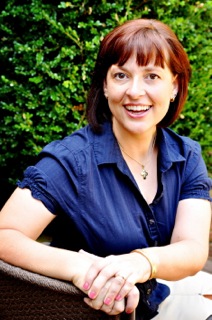 Dr. Catherine Simmons, Associate Professor, Department of Social Work, completed her Ph.D. in Social Work at the University of Texas at Arlington in 2006. She served as an Assistant Professor at the University of Tennessee, College of Social Work until 2010, when she joined the University of Memphis’ Division of Social Work. She was promoted to Associate Professor in 2012. Before earning her PhD, Dr. Simmons was employed for ten years as an Air Force social worker working on family violence and clinical practice settings. With this background and her future research, Dr. Simmons takes a “unique perspective about the interconnections between trauma, mental health, and family violence.”

In his letter of nomination, Dr. Steven Soifer, Professor and Chair, Department of Social Work, writes that “Focusing on family violence, the systems that effect crime victims and strengths based upon social work interventions she is extraordinarily productive.” In addition to 22 peer-reviewed journal articles, Dr. Simmons has co-edited a book entitled Strength’s Based Batterer Intervention: A New Paradigm in Ending Family Violence (Springer, 2009) and is first co-author on a second book entitled Tools for Strengths Based Assessment and Evaluation (Springer 2012).

In a letter from a University of Memphis colleague, Dr. Simmons is described as having great “energy to her work which makes her an ideal role model for graduate students.” And further, she is described as an “unusual, talented, creative, and sincere scientist whose early career trajectory reflects a very high level of achievement.” 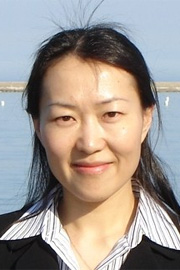 Dr. Junmin Wang, Assistant Professor, Department of Sociology, completed her Ph.D. in Sociology at New York University in 2007 and held a Post-Doctoral Fellowship in the Research Center for Chinese Politics & Business, at Indiana University, Bloomington in 2007- 2008. She joined the faculty at the University of Memphis in 2008. Working within a wide spectrum of fields—including economic sociology, organizations, political sociology, comparative/global sociology, and China studies--Professor Wang has addressed “China’s ongoing reforms on the organizational level and their implications for China’s political prospects.”

In his letter of nomination, Dr. Martin Levin, Chair of the Department of Sociology, describes Dr. Wang as a “remarkable scholar,” and notes that her “research is theoretically ambitious and empirically significant.” In her book State-Market Interactions in China’s Reform Era: Local State Competition and Global Market Building in the Tobacco Industry (published by Routledge in 2012), according to Dr. Levin, Dr. Wang “examines how the Chinese government was able to cultivate big state-owned firms that have recently and successfully embraced the global market—one of the most important and widely-debated topics in China studies.”

In addition to her book, Dr. Wang has published eight peer-reviewed articles and chapters and has a second manuscript in process and being considered for publication by two publishers. With regard to grants, she has received a Faculty Research Grant at the University of Memphis and as the Principal Investigator has recently been awarded a grant by the National Science Foundation to support her research through 2014. In summary, one of her colleagues describes Dr. Wang as being a professor with a “bright future as a researcher in our discipline…She is rapidly developing a regional and national reputation in our discipline.”