Books Sponsored by the Hooks Institute

Race, Economics, and the Politics of Educational Change: The Dynamics of School District Consolidation in Shelby County, Tennessee (University of Tennessee Press, 2018) 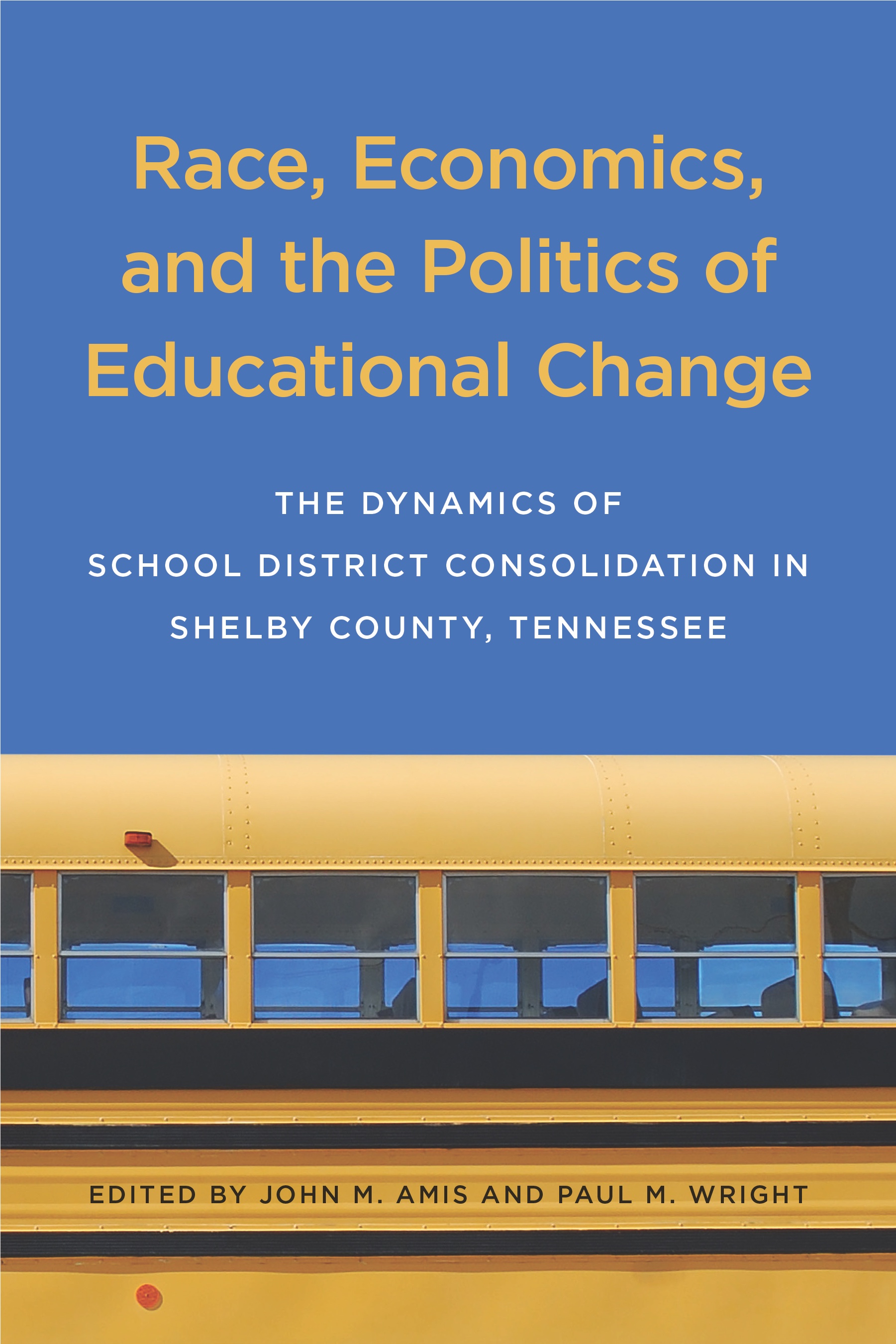 Race, Economics, and the Politics of Educational Change (2018) provides an analysis of the 2010 consolidation of Memphis City Schools and Shelby County Schools. From multiple academic perspectives, including history, sociology, legal, and political theory, the book places the largest school consolidation in United States history within the context of the civil rights history of the mid-south.

The research initiative that led to the book’s publication was originally spearheaded by Paul M. Wright, then associate director of the Hooks Institute, and now professor at Northern Illinois University. Contributing essay writers include faculty at the University of Memphis and other universities.

This book is the most comprehensive examination to date of how the intersection of race and class in Memphis has created entrenched inequalities for African American students, which historically and currently continues to limit the potential of Memphis. 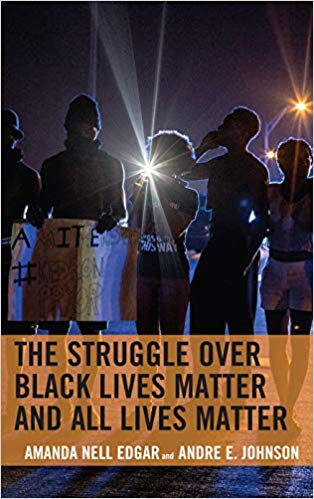 In The Struggle over Black Lives Matter and All Lives Matter, Amanda Nell Edgar and Andre E. Johnson examine the surprisingly complex relationship between Black Lives Matter and All Lives Matter as it unfolds on social media and in offline interpersonal relationships. Exploring cultural influences like family history, fear, religion, postracialism, and workplace pressure, Edgar and Johnson trace the meanings of these movements from the perspectives of ordinary participants. The Struggle over Black Lives Matter and All Lives Matter highlights the motivations for investing in social movements and countermovements to show how history, both remembered and misremembered, bubbles beneath the surface of online social justice campaigns. Through participation in these contemporary movements, online social media users enact continuations of American history through a lens of their own past experiences. This book ties together online and offline, national and local, and personal and political to understand one of the defining social justice struggles of our time.

By  Carol Irwin and Richard Irwin 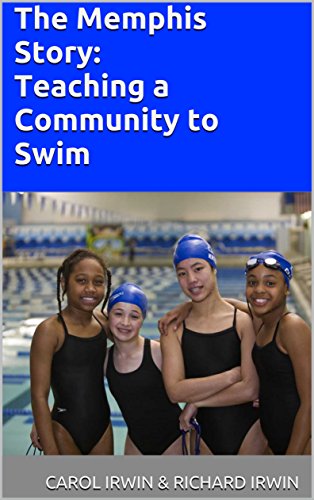 Learning to swim is considered to be a common life passage, but it is not happening is some neighborhoods. Underserved children are often not exposed to swimming instruction and, therefore, drown at high rates. This unimaginable heartbreaking tragedy can be prevented. Teaching all children to be safe around water and to swim at a skilled level is highly recommended by health experts and agencies, such as the American Academy of Pediatrics, the American Red Cross, and the Centers for Disease Control and Prevention. If you are interested in starting a free or low cost “learn to swim” program in your community, this is the book for you. The Memphis Story: Teaching a Community to Swim is a historical and descriptive chronicle that details the story of how the Splash Mid-South "learn to swim" program was begun, and how it has continued to overcome challenges in order to teach over 7,000 Memphis area children since 2009 to be safe in the water and swim for life. It offers what important groups or organizations in a community are essential with which to partner for a successful program, and gives examples of how you can best market, promote, and research your new program. This book offers the reader not only the Memphis story, but how other communities across the US have managed to teach thousands of children to swim… and save lives.

Overcoming Katrina: African American Voices from the Crescent City and Beyond (Palgrave Books. 2009) 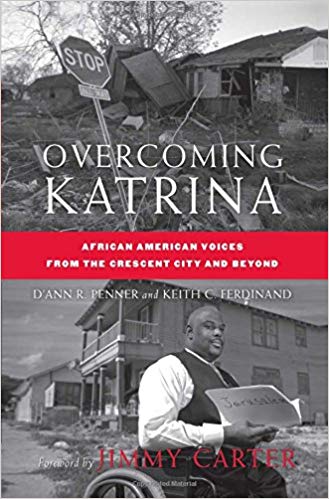 Overcoming Katrina tells the stories of 27 New Orleanians as they fought to survive Hurricane Katrina and its aftermath. Their oral histories offer first-hand experiences: three days on a roof with Navy veteran Leonard Smith; at the convention center with waitress Eleanor Thornton; and with Willie Pitford, an elevator man, as he rescued 150 people in New Orleans East. Overcoming approaches the question of why New Orleans matters, from perspectives of the individuals who lived, loved, worked, and celebrated life and death there prior to being scattered across the country by Hurricane Katrina. This book's twenty-seven narrators range from Mack Slan, a conservative businessman who disparages the younger generation for not sharing his ability to make "good, rational decisions," to Kalamu ya Salaam, who was followed by the New Orleans Police Department for several years as a militant defender of Black Power in the late 1960s and '70s. These narratives are memorials to the corner stores, the Baptist churches, the community health clinics, and those streets where the aunties stood on the corner, and whose physical traces have now all been washed away. They conclude with visions of a safer, equitably rebuilt New Orleans. *Scroll down for more audio excerpts from Overcoming Katrina*.

A Kingly Craft: Art and Leadership in Ethiopia: A Social History of Art and Visual Culture in Pre-Modern Africa (University Press of America, February 8, 2008) 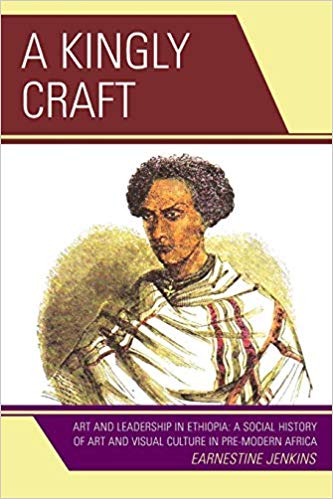 A Kingly Craft is a significant contribution to the interdisciplinary fields of African art history and visual studies. Ethiopian illuminated manuscripts have been regarded as remarkable expressions of Christian art and material culture. However, until recently, the elite art form of manuscript production has not been rigorously examined within specific social, cultural, and political contexts. This work is an innovative study of eighteenth and nineteenth century manuscript painting during a critical period of Ethiopian history known as the "Era of the Princes."

Focusing on manuscripts commissioned by members of an influential dynasty in the province of Shewa, the book draws attention to the relationship between art and patronage. Shewan leaders commissioned books with illustrations that were increasingly narrative and secular, visually documenting historical events, everyday life at court, and the portrayal of political concepts. This analysis also explores how local leaders in an independent African kingdom used art to establish links with a glorious past, thereby legitimizing their authority and preserving their great deeds for the future.