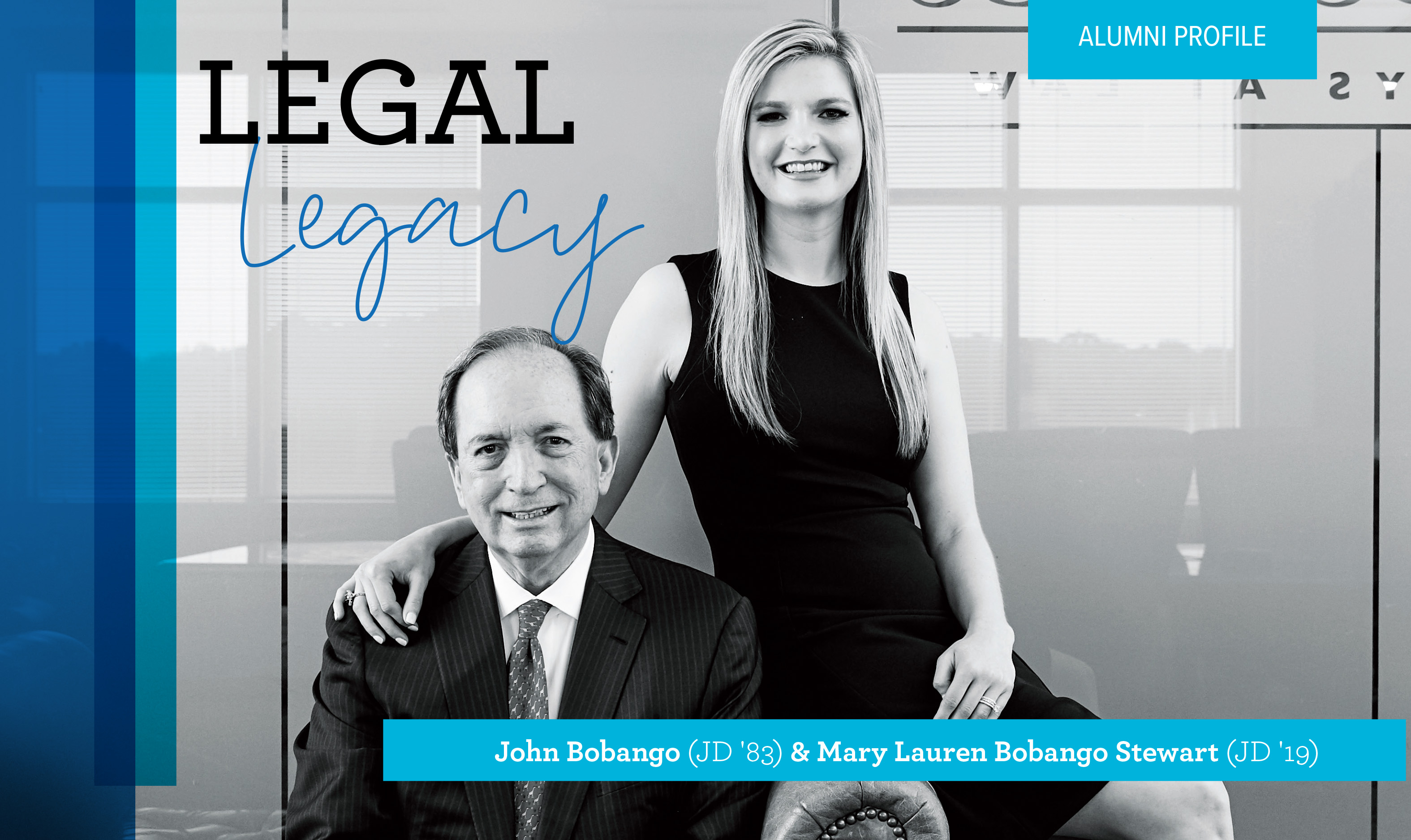 It's clear from watching John Bobango (JD '83) and his daughter Mary Lauren (JD '19) that they're close. There's an easy going sort of back-and-forth between them that is endearing to see, even in the middle of a photo shoot when a lot of people would be uncomfortable. It comes through when Mary Lauren brushes something off John's shoulder or tells him to smile, and when John proudly lights up when his daughter speaks or laughs. It's evident in the way their answers to questions for this article often resembled each other's, even though they were interviewed separately. Both of them talk about the importance of family, but not like a lot of people do in a stereotypical, canned response sort of way. Family is clearly something that's important to both of them and ties them together. They both attended law school here - as did John's wife and Mary Lauren's mother, Lisa (JD '83). While they've both lived elsewhere and could have chosen to practice law anywhere, it's clear that they're on the right path back here in Memphis practicing together, and in many ways, learning from each other while watching their relationship evolve into a new phase.

The name Bobango (i.e. the law firm of Farris Bobango PLC) is so synonymous with Memphis, both within and outside of the legal community, that it feels like the family has always been a part of the city. But despite picking up an easy going southern way of speaking, John came to Memphis from across the country and life has kept bringing him back here over the years. 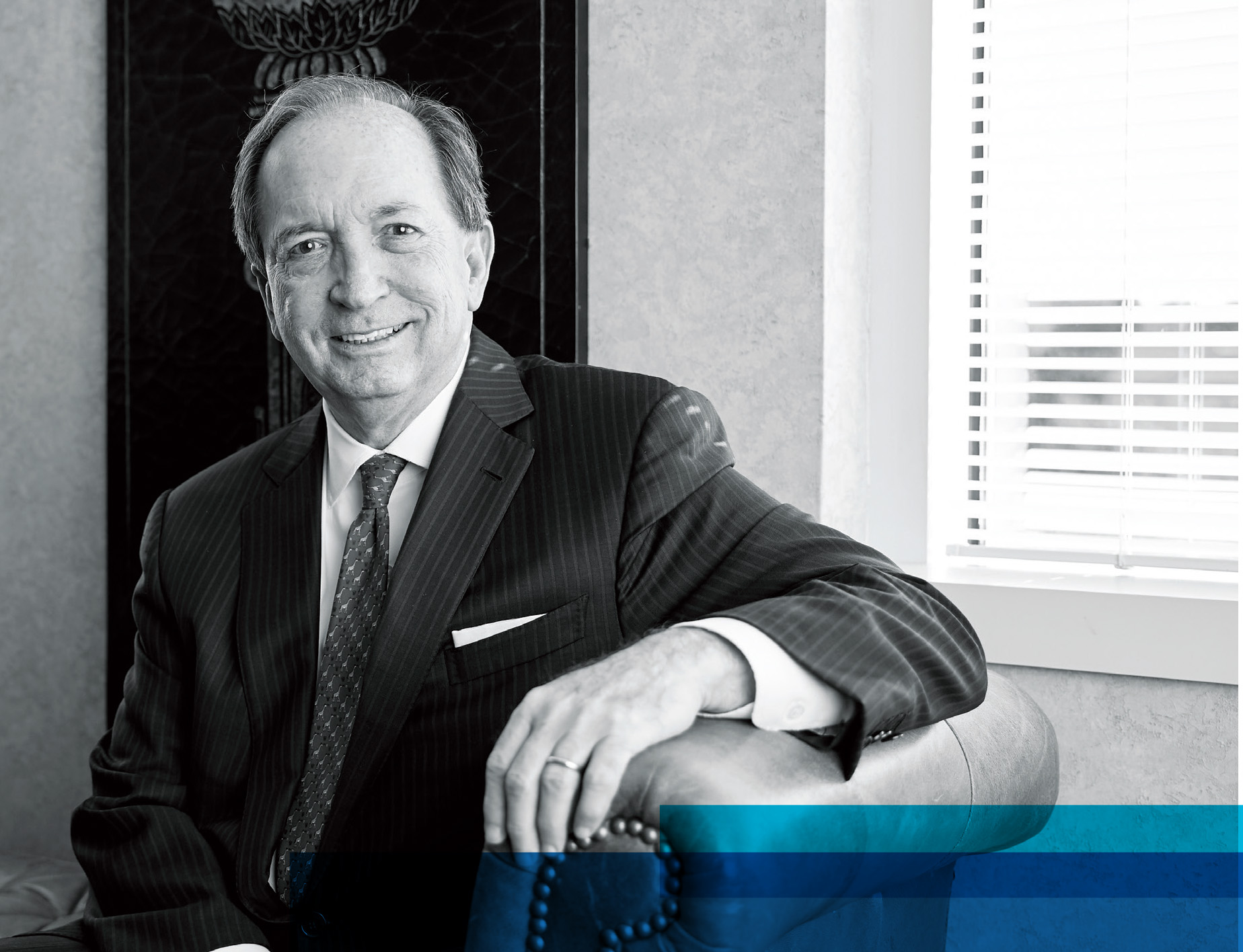 "My father was in the Navy and I actually grew up on the West Coast, in the San Francisco area and in Hawaii until I was 14 or 15, and then my dad retired when we moved to Millington," said John. He finished up high school in Memphis and went to undergrad at nearby Arkansas State University.

But his journey once again led back to Memphis, when after graduation he was offered a job as a traveling chapter consultant for his fraternity Pi Kappa Alpha (Pike), which was headquartered here in Memphis, by then Pike CEO Pat Halloran. The job took him all over the country, working with various chapters and Pike alumni in cities throughout the U.S. But along the way, he kept having discussions with fraternity alumni who were attorneys, which piqued his interest in the law. He soon moved back to Memphis and took a job with a local bank, but law school kept coming up as an option.

"I knew that I liked Memphis, I loved the people and the community, and I wanted to stay in Memphis, and the lawyers I knew here were very encouraging about staying here and attending law school at the University of Memphis," said John of his decision. "Memphians always want to improve the community and they welcome anyone that can help make that happen and have the same spirit that I think the city has."

John has ample reason to remember his time at Memphis Law fondly beyond just getting his JD. He met his wife Lisa here as well. Though they met each other in their first semester, it wasn't until halfway through their 2L year that they started dating. By the time their 3L year rolled around, they were in every class together, which John credits as a tiny "trade secret" to his law school success. "Lisa is extremely bright and takes tremendously fantastic notes," noted John. "So I got the benefit of getting to look over her notes, as well as my own, but hers were much better."

Life then took the two of them away from Memphis again with their decision to move to Florida and enroll at the University of Florida for John's LLM degree in taxation and Lisa's master's in business. There was a year's difference in the length of their programs there, so when John wrapped up his LLM, Lisa still had a year left. That's when John's road back to the Mid-South inadvertently started once again.

"I saw a job posting at the law school for a law firm based in Little Rock/Pine Bluff, Ark., and I was intrigued about why a firm from there was interviewing at the University of Florida," said John. "I decided to interview with them just for the practice experience, since after law school I knew I was going straight to graduate school and didn't get to interview anywhere at the time."

It didn't take long before John was hired by that firm and moved back to Arkansas to work while Lisa finished her graduate degree in Florida. He traveled all over the country every week during that first year while they were in their long-distance relationship, but she soon moved to Arkansas with him for a job at a prominent financial institution in Little Rock. They lived and worked like that for three years when suddenly Memphis came calling again, this time with Lisa as the impetus.

She was recruited out of the blue by a subsidiary of Union Planters Bank for a move to its offices in Memphis. She accepted the position and in 1987 the Bobangos moved back to Memphis. They have been here with their family ever since.

Their daughter Mary Lauren grew up in Memphis, went to St. George's Independent School for K-12 and wanted to see what it was like outside of Memphis as well, so she went to Auburn University, where she started out on a very different path than her father. 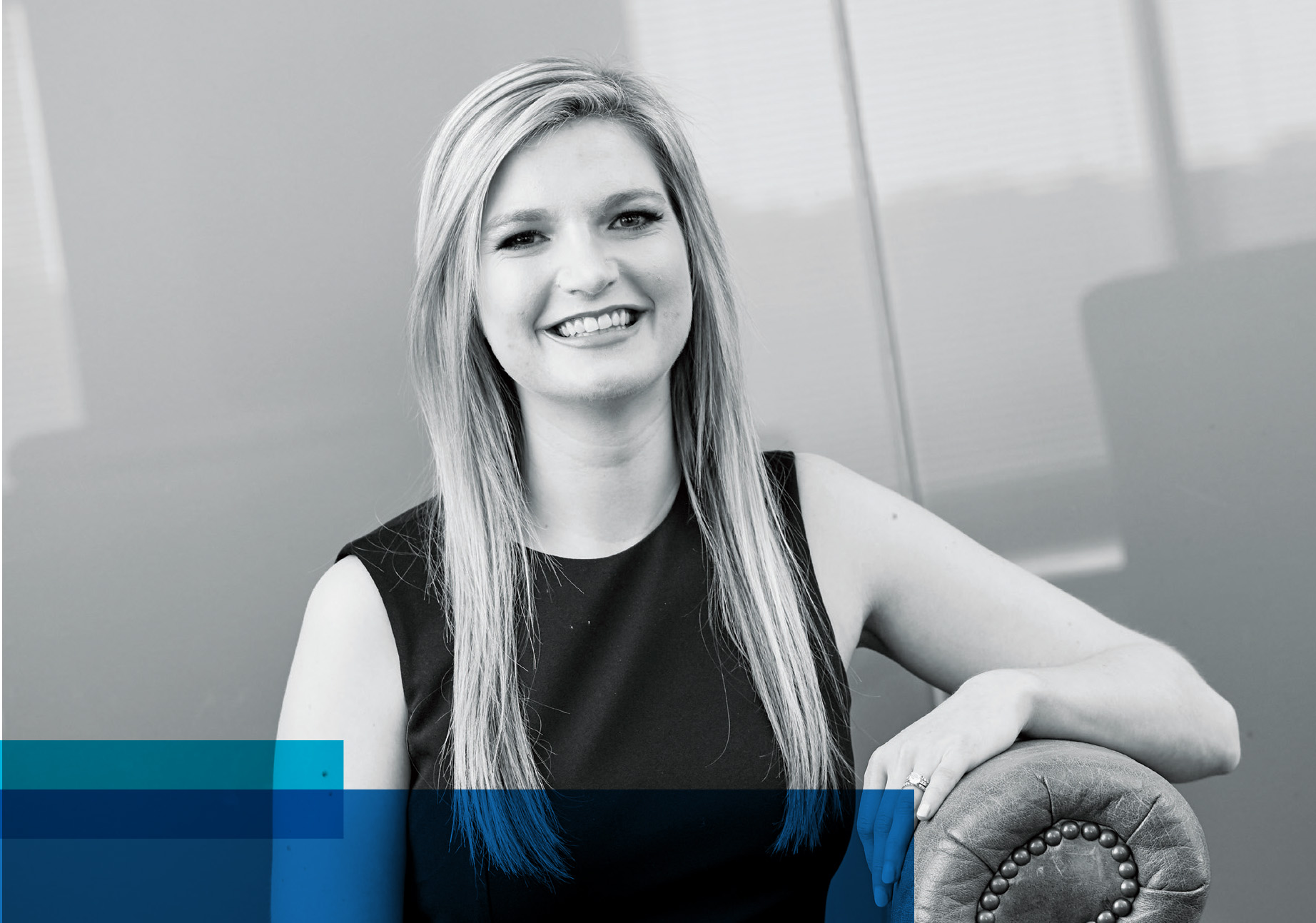 "Initially, I was a pre-nursing major at Auburn," said Mary Lauren. "But the summer after my freshman year, I had what I call my quarter-life crisis. I felt like it was just such a specific path and job and I was scared I was pigeon-holing myself."

On the advice of her father, she shifted to a degree path in business and marketing, but still didn't really have law school, or even Memphis, in mind for her next steps after graduation.

"No one in my family ever pushed me toward law school, but it has always been there in the background throughout my whole life," said Mary Lauren. "But, especially because of who my dad is, I never wanted to fully commit to law school unless it was something I was ready to embrace wholeheartedly."

So, like her father, she got some wide-ranging experience around the country (and the world) before she really settled on the idea of where her career was going to go. First, she did a mission trip to China. Then after her sophomore year, she interned in Washington, D.C. for Tennessee Senator Bob Corker in constituent affairs. After that, she spent a summer working at FedEx in their marketing division, with the thought that she might go straight into that division after graduation. Ultimately, law school won out and she turned down an offer from FedEx, took the LSAT, and started looking at law schools.

"I knew I wanted to go to a bigger city after Auburn," said Mary Lauren. At first, she was reluctant to come back to Memphis. "I was thinking D.C., New York, something like that. Knowing how involved my dad and my parents have been in Memphis and the law school, I thought I just wanted to do my own thing a little bit and maybe go somewhere else."

But ultimately she realized that Memphis could offer her the best of two worlds without some of the disadvantages another city would present. She could come to Memphis, attend law school and get the bigger city she'd been looking for at a time when Memphis was really growing and becoming appealing to a younger generation. But she wouldn't be faced with the daunting idea of moving by herself to an entirely new city and becoming established there, discovering it for herself and losing some of her focus on law school. In other words, Memphis was newer and bigger, but it was also familiar.

Like her mother and father, Mary Lauren is incredibly smart. She knew having her family and support structure here while in law school, in a city where she could enjoy living but not become overwhelmed, would be the ideal environment for her to excel in law school. 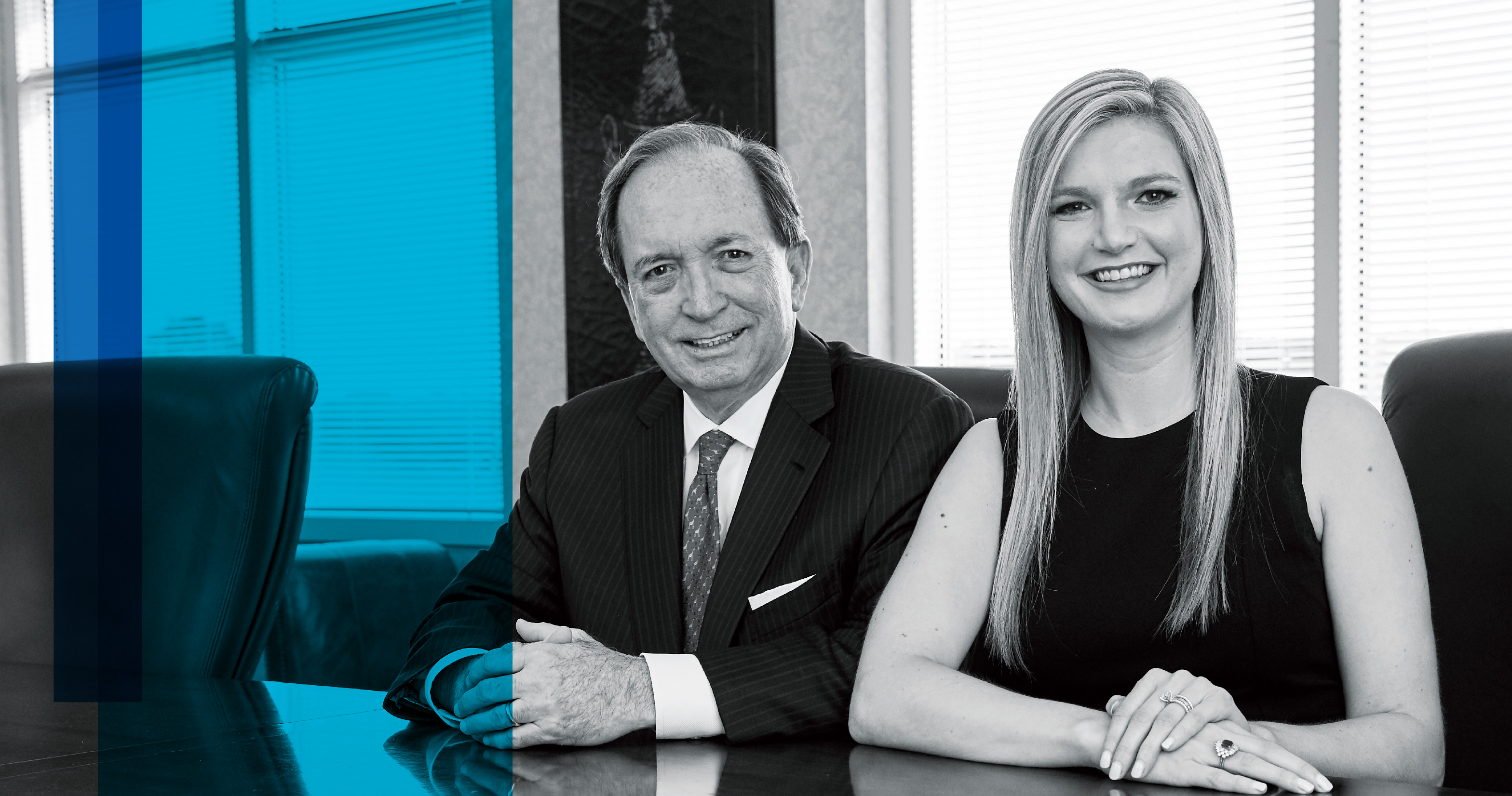 "It was just so amazing going through law school with parents who understood what it was like and to have them there when I needed them," she said. "It was nice to not have to explain anything to them. It was just nice to have a support system nearby that understood everything."

John also saw some of himself and his wife in Mary Lauren throughout law school.

"Mary Lauren is a really good combination of both Lisa and myself," said John. "She's really analytical like her mother and processes things really well. She is a tremendous listener and learner. I think both of us really liked law school for the learning aspect of it and she takes advantage of every learning opportunity that she's given."

And she's wanted to always be clear that her opportunities are a part of her own hard work and not just her family name. It's important to her, and over the course of law school, is something that evolved on its own.

"I feel like because of the hard work and focus on my classes I had throughout law school, the focus changed from the attention on my last name alone to the attention coming from my own achievements and accomplishments," she noted. "I wanted so badly to do well in law school. I never really went out. People were going to bar review and I was like 'But we have class on Friday! I need to prepare!'"

Her thoughtful decisions and ability to listen and learn must have worked, because she graduated No. 1 in her class in May 2019.

Now there are two Bobangos at the Fariss Bobango firm, and Mary Lauren and her dad have entered a new stage of their relationship. John is excited to see his daughter learn and grow. Mary Lauren is looking forward to learning from her dad (she says he loves a "teaching moment") and is becoming more and more comfortable with where her path is taking her, regardless if it looks similar to her fathers in some ways. 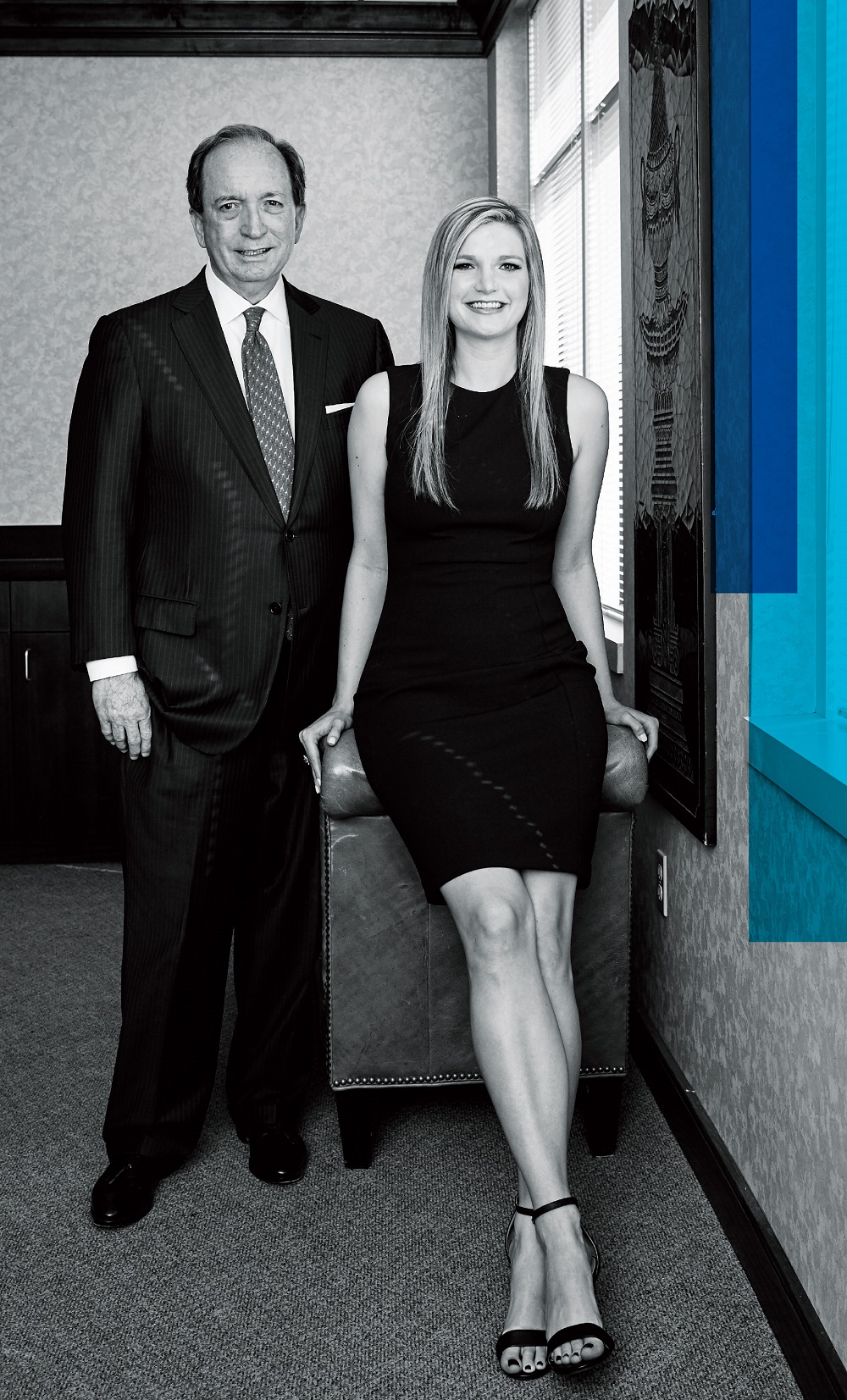 "I always wanted to keep an open mind about where I worked and what I wanted to practice," said Mary Lauren. "But I realized in law school that I really just did not want to be a litigator. I started leaning more toward transactional work and it was just a natural progression and natural fit for me to end up working alongside my dad."

And her dad isn't surprised about that natural fit either.

"I really think she'll enjoy business transactions just like I do, because she is really good at putting a puzzle together," John said of her. "For me, in regard to working together, it's really a few big things: It's always great when you get to spend more time with one of your children, no matter what, but it's also been fun to watch Mary Lauren learn and her legal mind develop to where it is today. It's really rewarding to know that whatever skill sets and things that people have taught me, I get to pass on to her and help her learn and make a living."