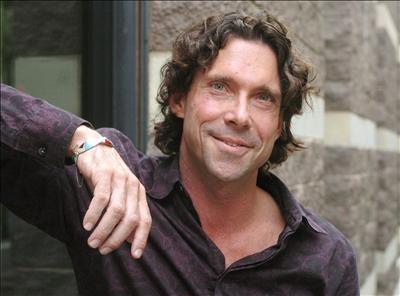 Most recently a Professor of Law, English, French and Jewish Studies at Vanderbilt University, and just named the Canada Research Chair in Law, Narrative and Border Crossing in the Department of Law and Legal Studies at Carleton University, Professor Barsky has combined the study of literature, artistic insights and law in several books. Professor Barsky will be giving several presentations and lectures to our students and law school community this year, all as part of his efforts in helping our community learn more about refugee law and the various crises related to the international topic. Please keep an eye out for announcements about these special opportunities to hear from our own international expert and Scholar-in-Residence.

Professor Barsky's research crosses borders between literature, law, narrative and language theory, and draws together insights from the humanities, social sciences and law. His 2016 book, Undocumented Immigrants in an Era of Arbitrary Law: The Flight and Plight of Peoples Deemed 'Illegal', was shortlisted for the 2016 Hart Socio-Legal Book Prize for the most outstanding piece of socio-legal scholarship of the year, worldwide. The insights in this book extend his migration and border studies approach documented in articles, chapters and policy papers, and in Constructing a Productive Other: Discourse Theory and the Convention Refugee Hearing (1994) and Arguing and Justifying: Assessing the Convention Refugees' Choice of Moment, Motive and Host Country (2001). It also employs a broad array of language theories that he first set out in Introduction à la théorie littéraire (1997), and in articles and book chapters that assess the value of language theory for understanding the vicissitudes of border-crossing.

His border-crossing work has also been informed by longstanding engagement with the milieus of Noam Chomsky and Zellig Harris, including a trilogy of books published by MIT Press: Noam Chomsky: A Life of Dissent (1997, translated into 12 languages); The Chomsky Effect: A Radical Works Beyond the Ivory Tower (2008, translated into Korean) and Zellig Harris: From American Linguistics to Socialist Zionism (2011). Prof. Barsky is completing a fourth book in that series, documenting the remarkable language and political work undertaken by a small student Zionist organization called Avukah. Barsky has also founded three journals: 415 South Street, a literary magazine; Discours social/Social Discourse; on a broad array of sociocritique and social discourse approaches; and the on-line open access border-crossing journal called AmeriQuests: Narrative, Law and Society (www.ameriquests.org), which he created in 2003 when he was the Visiting Canadian Bicentennial Professor at Yale University.

Barsky's work has been published and reviewed in influential journals and monographs around the world, and he has held numerous visiting positions, including at the Free University of Amsterdam Law School and at the Institutes for Advanced Studies at the University of Edinburgh and in Toulouse. He has led several large-scale research projects that engaged trainees with communities of Convention refugees, undocumented migrants and homeless people. One such project involved considerable fieldwork on refugee decision-making, for which he gathered and assessed data drawn from communities of refugees from Pakistan, Peru, the former Soviet Union and Israel. He also led a decade-long investigation into "arbitrary law", for which he trained students, and connected them to communities of undocumented migrants in Canada, Europe and the US. His work has been supported by agencies and institutions in the US, Canada, Holland, France, Italy, Switzerland and England, including the Rockefeller Foundation, the Canadian Bar Association, the SSHRC, the FCAR, the Department of Canadian Heritage, Multiculturalism Canada, the Dutch Royal Academy, the French Consulate, and the Belgian Fonds de la Recherche Fondamentale Collective.