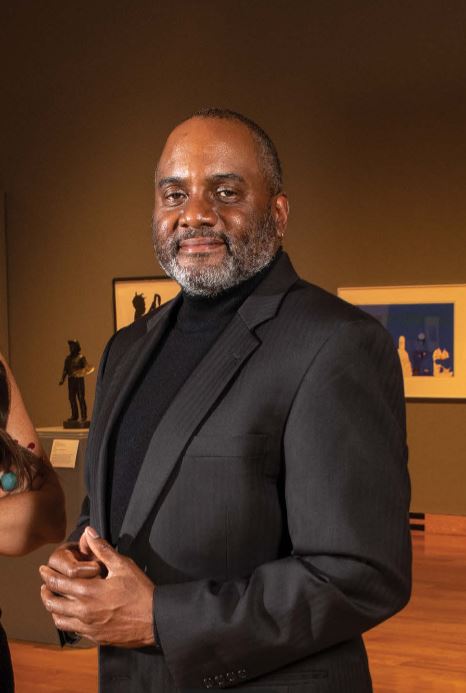 While at Memphis Law, Dr. Jackson will focus his work on Critical Race Theory in an immersive academic environment with a combination of courses, faculty scholarship workshops, community partnerships and collaborations, and a Critical Race Theory
symposium.

His intersession course will focus on the history, present, and future of Critical Race Theory. While deeply analyzing CRT through a casebook, law review articles, and leading treatises, students will personally engage (via Zoom) with nationally recognized CRT scholars. The course will culminate with each student presenting and providing a paper that engages CRT in a legal field where the student already demonstrates interest and expertise.

Additionally, Dr. Jackson will present a special symposium titled "Critical Race Theory: Truth, Lies, & the Law," this semester. The symposium will focus on Critical Race Theory throughout a variety of disciplines, the educational academy, and broader community, with topics ranging from voting, healthcare, housing, education, and criminal justice.

In addition to his role as the Visiting Herff Chair of Excellence in Law, Dr. Jackson is currently a Professor of Law and the Director of the Prosecution Assistance Program at the University of Wyoming College of Law, where he has taught since 2012. Most recently, he was a scholar-in-residence and fellow at the University of Colorado Law School. He earned his PhD in Educational Foundations, Policy, and Practice from the University of Colorado (Boulder) School of Education. Immediately prior, he served the George Mason University School of Law (GMUSL) as an Assistant Dean and Director of Diversity Services. Prior to joining GMUSL, he practiced as an Assistant United States Attorney in the District of Columbia and as an Assistant County Attorney in Fairfax County, Virginia. Prior to joining the County Attorney's Office, he served as judicial law clerk to The Honorable L.M. Brinkema in the United States District Court for the Eastern District of Virginia and to the Honorable Marcus D. Williams in the Nineteenth Judicial Circuit of Virginia. He received his JD from GMUSL where he was Editor-in-Chief and co-founded the George Mason University Civil Rights Law Journal.