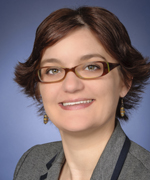 Nicole Detraz is an Assistant Professor in the Department of Political Science. She joined the University of Memphis in 2009, and she is a 2013 recipient of the College of Arts and Sciences Early Career Research Award.

Dr. Detraz teaches both undergraduate and graduate classes primarily in the fields of international relations and environmental politics- including courses like Theories of International Relations, International Conflict and Security, and Global Environmental Politics. 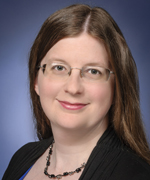 In 2012, she became the undergraduate advisor for the Sociology department. Ms. Murphy teaches undergraduate courses both in-person and online, including Introduction to Sociology, Introduction to Sociology for Pre-Med and Pre-Health, Racial and Ethnic Minorities, Sociology of Gender, Sociology of Deviant Behavior, Marriage and Family and Contemporary Social Problems. Previously, Ms. Murphy won the 2013 College of Arts and Sciences Excellence in Teaching award.

Ms. Murphy's teaching is focused on helping students develop critical thinking and writing skills that they can use throughout their lives. She is best known for her creative lectures on social deviance, which is her favorite topic to teach. Whether by discussing statistics or bringing furries into the classroom, Ms. Murphy is committed to helping all of her students in developing their sociological imaginations.