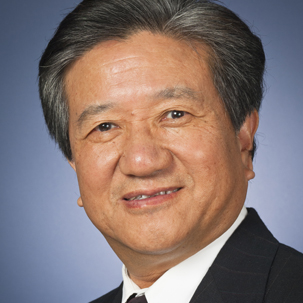 Dr. Jiang was Director of Orchestral Activities at the Rudi E. Scheidt School of Music and Maestro of the University of Memphis Symphony Orchestra.

Dr. Jiang has enjoyed an active international conducting schedule as well as university-level teaching for many years. Since 1990, he has conducted more than ten professional orchestras in the United States, China, Austria, Germany, Czechoslovakia, Hungary, Jordan, Macedonia, and the United Kingdom. He has led university faculty and student ensembles on concert tours in such cities as Beijing, Nanjing, Shanghai, Salzburg, Prague, and Vienna.

Dr. Jiang came to the United States in 1986 to pursue graduate studies in advanced conduction and studied at the College-Conservatory of Music (CCM) of the University of Cincinnati with Maestro Gerhard Samuel. At CCM, he received his M.M. and D.M.A. degrees in Orchestral Conducting. Dr. Jiang was named the Assistant Conductor of the Cincinnati Philharmonia Orchestra in 1989. From 1991 to 1992, he worked as the Conducting Assistant to Maestro Jesús López-Cobos, Erich Kunzel, and Keith Lockhart at the Cincinnati Symphony Orchestra. Prior to his University of Memphis appointment, he was the Music Director and Conductor at Penn State and Ohio University.