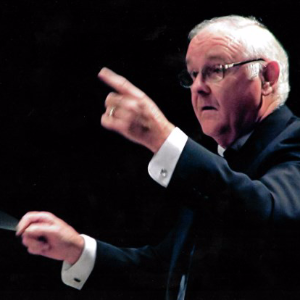 Dr. McKay was a graduate of the University of Louisiana at Monroe and the University of Southern Mississippi. He was Director of Bands and Professor Emeritus at The University of Memphis, having retired in 2003 after a forty-four year career in teaching at both the university and secondary school levels. At the University of Memphis, he conducted the Symphonic Wind Ensemble and administered a large band program consisting of The Mighty Sound of the South Marching Band and two additional concert bands. He has always been active in community musical organizations, conducting symphony orchestras, church choirs, community theater pit orchestras, and community bands. From 1987 until 2014, he was the conductor and musical director of The River City Concert Band (now known as the Memphis Symphonic Winds).