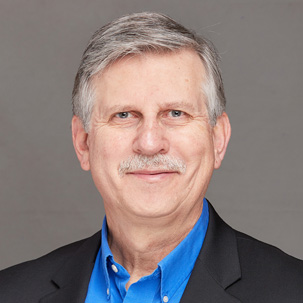 John Mueller is a Professor Emeritus of Trombone and Euphonium at The Rudi E. Scheidt School of Music. He is trombonist with the Memphis Brass Quintet and The Birth of the Cool faculty jazz ensemble. He joined the faculty at the University of Memphis in 2001 after a 21-year career with The U.S. Army Band in Washington, D.C., where he was euphonium section leader and soloist. Dr. Mueller has performed on both trombone and euphonium with the National Symphony Orchestra, the Memphis Symphony Orchestra, the Kennedy Center Opera House Orchestra, the Jazz Orchestra of the Delta, and the Kennedy Center Theatre Chamber Players. As a soloist, clinician, and adjudicator, he has appeared throughout the U.S., Japan, Australia, and Europe. Dr. Mueller earned his Bachelors degree in Music Education from the University of Illinois at Urbana-Champaign, and his Masters and Doctoral degrees in Trombone Performance from The Catholic University of America in Washington, D.C. In 1999 he released his debut solo recording, Euphonic Sounds. Dr. Mueller has served on the faculty of The Catholic University of America and the executive committee of the International Tuba Euphonium Association (formerly T.U.B.A.). He is a Meinl-Weston artist/clinician. Dr. Mueller's principal teachers include Milton Stevens, Robert Gray, Daniel Perantoni, and Brian Bowman.