Dr. Robert Kelz joined the German section of the World Language and Literatures department in 2010. He also is Associate Director of International Studies, and was a research fellow at The University of Buenos Aires from 2011 to 2013. He specializes in German Exile Studies, with a focus on German-speaking emigration to South America. He was awarded the Alumni Association Distinguished Teaching Award and the College of Arts and Sciences Early Career Research Award in 2015. He teaches German language courses, as well as classes on writing in exile, the German graphic novel, German dreams, and contemporary German music. He has published in numerous academic journals and is the author of Competing Germanies (forthcoming in 2019- Cornell University Press) and, with Dr. Silvia Glocer, Paul Walter Jacob y las musicas prohibidas durante el nazismo (2015- Ediciones Musicales). Currently, Dr. Kelz is working on an annotated edition
of the correspondence from 1939 to 1946 between the German exilic author, Paul Zech, and the Chilean newspaper, Deutsche Blätter. These unpublished letters of particular interest because they introduce works by some of the most important Latin American writers of the twentieth century, including Jorge Luis Borges, Ernesto Sabato, and Julio Cortázar, to a German-speaking readership for the first time. 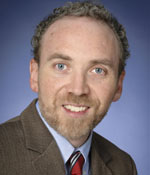 Dr. Murphy has published over 140 papers and chapters related to young adult substance abuse and behavioral economics. Dr. Murphy has developed novel brief intervention approaches that reduce drinking and drug use and tested the effects in a number of randomized clinical trials with college students, military veterans, and other high-risk populations. Brief interventions are intended to reach the large number of individuals who have incipient alcohol/drug problems but may not be motivated to reduce their drinking or to seek formal treatment. His research on brief alcohol interventions has helped to establish their relative efficacy with a variety of young adult populations, expanded their reach by developing novel computerized, group and mobile technology-delivered adaptations, and identified the particular components that are most efficacious. This research has contributed to the evidence base that has facilitated the widespread dissemination of these interventions in educational and health care settings. His research also explores novel behavioral economic predictors of substance abuse severity and treatment outcome.

Dr. Murphy's research has been funded by the National Institute on Alcohol Abuse and Alcoholism, the U.S. Department of Education, the U.S. Department of Defense, and the Alcohol Research Foundation. He has served as a grant reviewer for numerous NIH study sections and is a consulting editor for the journals Addiction, Journal of Consulting and Clinical Psychology, Journal of Studies on Alcohol and Drugs, Psychology of Addictive Behaviors, and the Journal of the Experimental Analysis of Behavior. He was named a fellow in APA Division 50 (Society of Addiction Psychology) in 2016. 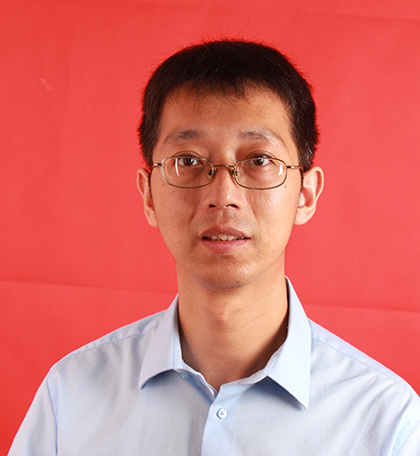 Bentuo Zheng received his bachelor degree in 2002 and master degree in 2007 from Peking University. In 2007, he obtained his PhD degree in mathematics from Texas A&M University. During 2007-2010, he worked as a Bing postdoc at the University of Texas, Austin. Bentuo started his tenure track position at University of Memphis in 2010 and was promoted to associate professor in the year of 2015.

Dr. Zheng is working on Banach space theory and its applications. In the past ten years, he has solved several open problems, including a thirty-year old problem of H. Rosenthal, a twenty-year old open problem of W. B. Johnson, a seven-year old conjecture of Oja and a problem in the field of Fourier analysis. With his collaborators, he gave an intrinsic characterization of subspaces of reflexive spaces with unconditional bases, systematically studied the unconditional structure of spaces with conditional spreading bases and proved the equivalence of the weak bounded approximation property and the bounded approximation property. These solid achievements established him as one of the most talented young mathematicians in his field and built him with international reputation. Professor Zheng has served as the principal investigator for two grants from the National Science Foundation and two other grants from the famous Simons Foundation.

He has published over thirty papers all of which appeared in high quality math journals, such as the prestigious Duke Mathematical Journal, Transactions of the American Mathematical Society and Journal of Functional Analysis.