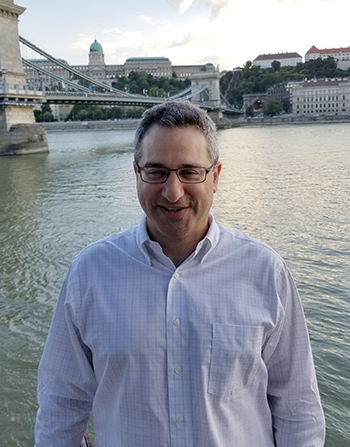 Dr. Unowsky is professor and graduate coordinator in the Department of History. He joined the faculty at the University of Memphis in 1999 and received his Ph.D. from Columbia University in 2000. He teaches graduate and undergraduate classes on World History, Modern European history, as well as more specialized courses on central and eastern Europe.

Dr. Unowsky's research focuses on the Habsburg Monarchy, nationalism in central Europe, and antisemitism. He is the author of The Plunder: The 1898 Anti-Jewish Riots in Habsburg Galicia (Stanford UP, 2018) and The Pomp and Politics of Patriotism: Imperial Celebrations in Habsburg Austria (Purdue UP, 2005). He co-edited Sites of European Antisemitism in the Age of Mass Politics (Brandeis UP, 2014) and The Limits of Loyalty: Imperial Symbolism, Popular Allegiances, and State Patriotism in the Late Habsburg Monarchy (Berghahn, 2009). Dr. Unowsky has also published numerous articles, book chapters, and book reviews. He is currently writing a book that approaches the great traumas and transformations of central and eastern Europe in the modern period through the history of a small town and beer brewery in southern Poland.

Dr. Unowsky serves as the editor of the Austrian History Yearbook, the major journal devoted to the history of the Habsburg Monarchy and its successor states.

For more information about Dr. Unowsky visit his webpage.